Spectacular medieval Asturian town that had no electricity until 1980 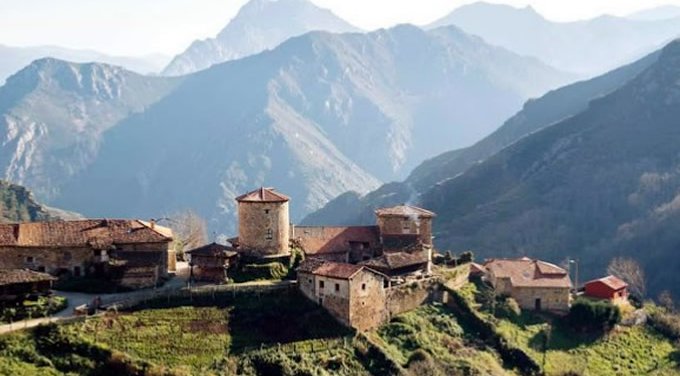 The medieval Asturian town of Bandujo remains almost intact since the 18th century, and had no electricity until 1980

Hidden in the mountains of Asturias is the historical medieval treasure that is the town of Bandujo. It is located at an average altitude of 624 metres, next to Senda del Oso, the most famous 59.1km hiking route in the Principality.

According to data from the National Institute of Statistics (INE), only 39 people lived in Bandujo in 2021. These inhabitants enjoy incomparable views, and, above all, are the ‘guardians’ of the history of the best-preserved medieval town in the community.

The correct denomination of Bandujo is that of a parish, a small population centre belonging to the Council of Proaza. It was founded in the High Middle Ages, between the 8th and 9th centuries, under the name of Vandugio.

As pointed out by the Proaza Town Hal, its oldest monument for which there is documentation is the church of Santa Maria.  This building is mentioned in the donation of Fruela II to the Cathedral of Oviedo in the year 912. The construction that can be visited today was built at least in the 12th century and has a simple style with a single nave and flat apse inside.

Without a doubt, the main attraction is the Torre de Bandujo, also known as Torre de Tuñon. This structure is one of the best-preserved late medieval defensive towers in Asturias. It was built in the late Middle Ages – between the 12th-15th centuries – by the Alvarez de Bandujo family, and its architecture is striking.

Circular in shape, it has four floors, and on its upper floor there is a coat of arms that includes the coats of arms of the Tuñon family, the Miranda, and the Bandujo. These were all key families in the development of the town.

Since then, it seems that the town has been frozen in time. In fact, technological advances as important as electricity, running water, or roads, did not appear until the 1980s.

It is recommended to stroll through Bandujo’s cobbled streets, visit its horreos, bread baskets, and mills. Its mansions and historical elements have been almost intact for centuries, such as the cemetery, and the laundry room.

On October 29, 2009, its high level of conservation, and its geographical location, allowed this municipality to be declared a Site of Cultural Interest (BIC), with the category of Historical Complex. From the two largest cities in Asturias, Gijon and Oviedo, the journey by car is approximately 1 hour and 21 minutes.