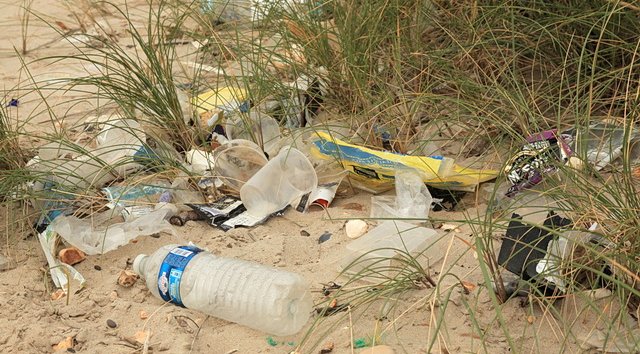 You could be forgiven for thinking an unusual Halloween or fancy dress party when you think of that fake eyeballs, glow in the dark condoms and other similar oddities.

But you would be mistaken. It turns out these are just some of the many items that volunteers cleaning up beaches in New Jersey in the USA have found.

A record amount of trash was collected from New Jersey’s beaches last year, with plastic items dominating the haul according to the annual report of the Clean Ocean Action coastal environmental group.

The group, which organises volunteers to clean the beaches, said that more than 10,000 individuals helped to clean up more than half a million items off the beaches. These included many bizarre items including male enhancement pills, airline travel bags, human hair, dentures as well as items of clothing, bullet casings and empty drug packets.

The group, who said that many of the items were head-scratching and in other cases stomach-turning, reported that the problem was worsening. .

“We keep hoping the numbers will go down. And the weird stuff just keeps getting weirder.”

Of the items collected more than 80 percent were plastic items or pieces, bottle tops, cup lids, sweet wrappers etc. But there were also many more strange items that should not have made it to the beaches, including lottery tickets, a mini-refrigerator; a toilet brushes, TV remote controls and a message in a bottle.

Zipf said: “We don’t know what it read, although I hope it would have said, “Don’t litter.”

The report also highlighted seasonal shifts in the type and the amount of litter, with the number of masks found falling rapidly. Litter was found to be significantly higher in autumn than in spring with the majority being fast food related.

Zipf added that she hoped as they found Fake eyeballs, glow in the dark condoms on the beaches that the information would lead to the authorities banning the use of plastics as has been the case elsewhere in the world.