Tropical south wind to cause crazy weather for Easter in Spain 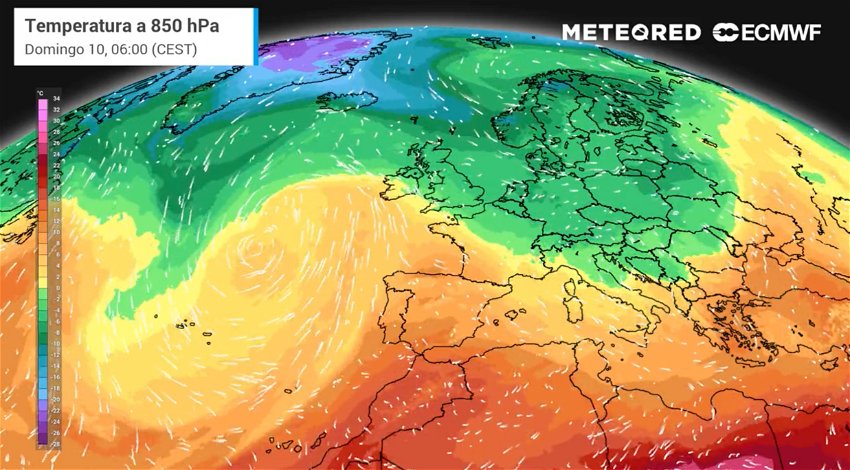 A tropical south wind will cause crazy weather over the Easter period across the whole of Spain, with rainfall, thunderstorms and high temperatures predicted.

The cold air mass that has affected all of Western Europe, causing unusually low temperatures for the month of April in Spain, with some areas even seeing snowfall, is finally withdrawing.

However, a deluge at high levels over the North Atlantic will approach the Iberian Peninsula, bringing with it a weather front from The Azores region in Portugal, which will gradually move eastwards according to reports by Meteored.

The winds caused by this front will begin to affect the Iberian Peninsula late on Saturday evening, but especially on Palm Sunday, with rains and storms caused by the collision of cold and warm air masses, which will not subside until the following week.

These winds will increase over the weekend, bringing with them a mass of warmer air of subtropical origin. This mass of warm air may lead temperatures on Sunday to soar and even reach 25 °C in areas of the interior-south of the peninsula and the northern coasts.

The winds could be strong and exceed 60 km/h in areas exposed to southerly flows and on the northern slopes of the main mountain ranges.

There could also be significant rainfall across the peninsula. In addition, from late Sunday onwards, thunderstorms may develop ahead of the cold front as the warm and humid air mass remains below the cold air at the altitude associated with the weather front, which will advance from west to east.

Once the front has passed, temperatures will drop across most of the Peninsula, and precipitation could ease by Tuesday next week.