Beach laws in Spain you really need to know about 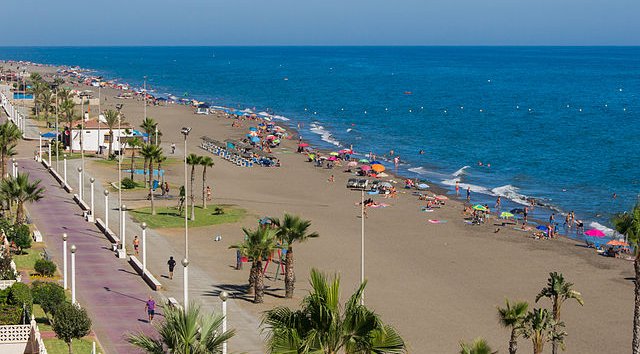 A lot has changed since the start of the pandemic and that includes the rules and laws that govern beach usage in Spain, and there are some that you really need to know about or you could receive a hefty fine.

Beach rules will be far down the list of things to worry about as millions head back to Spain, to enjoy the great weather and beautiful beaches.

But whoa hold your horses, not so fast, it could cost you up to three thousand euros. So what rules should you be aware of?

Swimwear is for the beach

Little known, but a rule that has been around for many years, is that beachwear is for use on the beach. That means quite simply that you should cover up when you leave the beach, so no bikinis and bare chests.

You could be issued with a fine of up to 300 euros for breaking this simple rule, with Barcelona and Mallorca known to be quite strict in this area.

Sleeping or camping on beaches and in parking lots

Many people think it’s quite ok to camp out on the beach overnight or to park your RV / Campervan in a beach car park for the night. Abuse of these rules has seen a hardening of attitudes and a tightening of the laws which could now see you fined by as much as 1,500 euros.

Spain is quite tolerant when it comes to nudity however the law is simple, if it causes offence it is a crime. That means topless ladies sunbathing on beaches is acceptable, appearing fully nude in areas other than nudist beaches is not.

Falling foul of this rule could see you issued with a fine of 750 euros.

Most beaches have showers and their use is encouraged, however you may not use any kind of shampoo, soap or detergent when using these. Run off from the showers is into the sand and the chemicals can be harmful to marine life and shore life.

Cooking on the beach

Generally cooking or the use of BBQs on beaches is forbidden although it is sometimes allowed during festivals and in demarcated areas only. Fires can cause damage to beaches as well as being a source of pollution hence the ban in most areas.

Fines can reach 3,000 euros although the value of these can differ enormously.

Many cities, towns and areas have banned smoking on beaches whilst others have a strict policy that requires you to remove both the cigarettes and the ash when you leave. Although many people smoke in Spain, doing so on beaches is generally frowned upon so best not to.

Fines vary but are generally under 100 euros.

Many of the beach laws in Spain that you really need to know about are common sense, adhering to them will keep you out of harm’s way and make sure that you have a happy holiday.