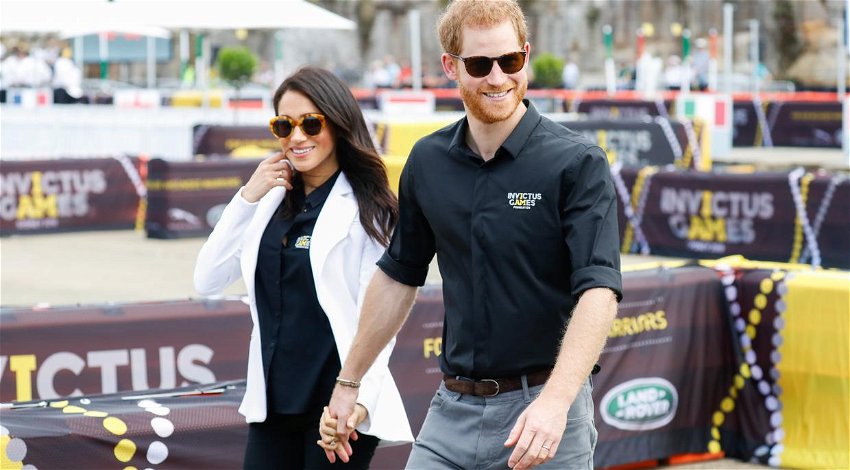 It is feared that Harry and Meghan could “hijack and overshadow” the Queen’s Platinum Jubilee if the couple return this summer.

“Charles wants the Platinum Jubilee to focus only on the Queen,” a source told The Sun in an exclusive on Sunday, April 17.

“Many are disappointed that Andrew overshadowed Prince Philip’s thanksgiving service and don’t want the Meghan and Harry circus to hijack the Jubilee.

“This is the Queen’s show and should be about her and her 70 years of service rather than Meghan’s fashion, the kids and Harry.

“They don’t want it to become the Harry and Meghan show. Charles and all the family are agreed on that,” the source said.

The Sussexes’ every move at this week’s Invictus Games is being captured by film crew as part of their £113million deal with Netflix.

An insider told The Sun: “The Royal Family will be watching on at Invictus events this week concerned where Netflix will be when the Jubilee comes round.

“They will want to film behind the scenes or be in the crowd at the Jubilee as its better footage for the documentary.”

Harry and Meghan have not confirmed whether they will attend the Queen’s four-day bash, which includes family at Trooping the Colour and a line-up of royals on the Buckingham Palace balcony.

Harry on Thursday met his dad at Windsor prior to the Sussexes´ secret meeting with the Queen.

Harry and his dad spoke for just 15 minutes, it is claimed.

“Charles maintains Harry is still a much-loved son,” an insider told The Sun.

But others claimed it was a “reluctant” meeting and the couple “were not exactly welcomed with open arms”.