China, fearing sanctions, is working to protect its foreign assets 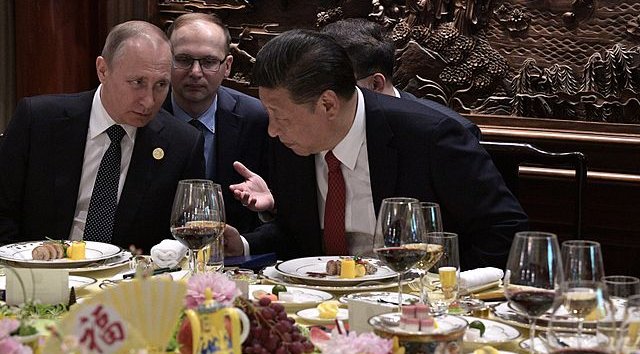 The co-ordinated sanctions imposed by the West on Russia has, according to reports, has led China working to protect its foreign assets, fearing it too could become a target.

The war un Ukraine is said to have provided a tough lesson for China, a country that has designs on Taiwan whose claims to sovereignty have long been rejected by Beijing.

Although few in the world have recognised Taiwan as a sovereign nation, that has largely been due to the West and other’s reluctance to “upset” China. Even though the likes of the US have nor formally recognised Taiwan, once part of China, they have vowed to protect the country from any moves by China to annex the island.

The swiftness and the extent of the sanctions imposed on Russia has apparently been a wakeup call for Chinese legislators, according to The Financial Times (FT). They report that officials recently held an emergency meeting with domestic and foreign banks to discuss how the state might protect its assets, should it ever face similar penalties.

According to those familiar with the meeting that took place on April 22, it was attended by officials from China’s central bank and finance ministry, executives from dozens of local and international lenders such as HSBC, and representatives from other domestic banks operating in China.

One source told the newspaper: “If China attacks Taiwan, decoupling of the Chinese and western economies will be far more severe than [decoupling with] Russia because China’s economic footprint touches every part of the world.”

Sanctions against Russia have led to better relations with China, a country that has abstained from criticising the invasion of Ukraine. The two along with other “friendly” nations have moved to create their own banking systems that won’t be reliant on the West, this includes a replacement for the SWIFT payment system and those services provided by Visa and Mastercard.

China is said to $3.2 trillion (three trillion euros) in foreign reserves, according to the South China Morning Post. Amongst the discussion that has taken place according to the FT is how to protect these reserves from any possible sanctions.

Douglas H. Paal, a non-resident scholar at the Carnegie Endowment for International Peace, told Insider in March that: “They are watching with great interest to see how effective sanctions applied to Russia might be effectively applied to China.

“If there is an invasion of Taiwan, China would expect the US to summon as broad a range of sanctions as possible.”

China is said to be concerned over how best to protect its foreign assets as “it has very few alternatives and the consequences [of US financial sanctions] are disastrous,” according to Andrew Collier, Managing Director of Orient Capital Research in Hong Kong