History and importance of sport in Spanish culture 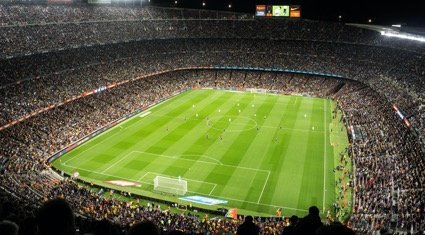 Sports occupy a very important place in the lives of Spaniards and are closely linked to their history.

The streets of the city are full of people wearing shirts and scarves of their team. In fact, whenever they carry all the accessories that promote their club, there is no shortage of shouting, cheering, and partying.

There is no doubt, their sports culture is majestic. That’s why almost all the latest casinos available in the UK offer sports betting markets and games that immerse you in the sun and the southern culture of Andalucía, Mallorca, and all other beautiful places.

The History of sport in Spain

Sports occupy a very important place in the lives of Spaniards and are closely linked to their history. For some, sport is fundamental to their daily lives; for others, it is something to follow with great enthusiasm.

Although not all Spaniards play a sport on a regular basis, there is an interest in the world of sport, and a large part of the Spanish population follows sports in the media, makes sports betting predictions and is filled with happiness when the Spanish national team wins a final.

You can’t start with any other sport than the one that gets most of the attention. The sport known as the king of sports is the discipline that has the most members, and the most people play it.

Football is the national sport and La Liga matches are the most followed by Spaniards, gathering millions of people in the fields and in front of the television every day.

However, there are many more competitions to play in addition to the domestic league, matches that only the best gets to compete against each other, such as the Champions League, UEFA, or the Spanish Super Cup.

The importance of football… Not only in Spain

Football crosses borders, and if there are matches that are followed on a massive scale, it is the World Cup. In this championship the best football players of their country compete with the rest of the countries.

The World Cup is a big event and players like Maradona have gone down in history for the goals they scored in different editions of this competition.

One of the most historic moments in Spanish football was when the Spanish national team won the World Cup in 2010.

Vicente del Bosque was able to lead his team to victory in South Africa, and the Spanish people went crazy: millions of people took to the streets of their respective cities to celebrate.

Basketball, cycling, and the rest of the (Spanish) gang

Basketball is the second most popular sport in Spain and boasts some of the best teams in the world, such as Valencia Basket Club and Real Madrid.

At the world level, Spanish basketball players have also triumphed representing their national team. In 2006, Spain won the World Basketball Championship in Japan against a Greek team that was unable to overcome the Spaniards.

Undoubtedly, one of the most important historic moments in Spanish basketball. If football stirs passions, basketball is not far behind.

The sports that follow are cycling and tennis. Cycling is well known for the tournaments that are held throughout the country in different modalities, whether road cycling, track cycling, mountain biking, trial, cyclo-cross or BMX.

In addition, cycling has been the center of attention in Spain for having some of the best representatives at international level.

The incredible breakthrough in tennis

Tennis is a sport that also moves the masses and, once again, Spain can boast of having some of the most successful tennis players, who win European and world tournaments and who appear on the lists of the best tennis players in the world.

It is important to bear in mind that this is a discipline that requires a great deal of technique and skill.

Thus, among the techniques that tennis players must master to be successful are strokes, grips, effects, positions, and body movements; in addition, good physical endurance is essential to withstand long or strong rallies.

Tennis tournaments also stir up the Spanish people and you only have to look at the celebrations that followed Rafa Nadal’s success at the last Roland Garros to realise that the racket is also a sport that arouses passions in the country.