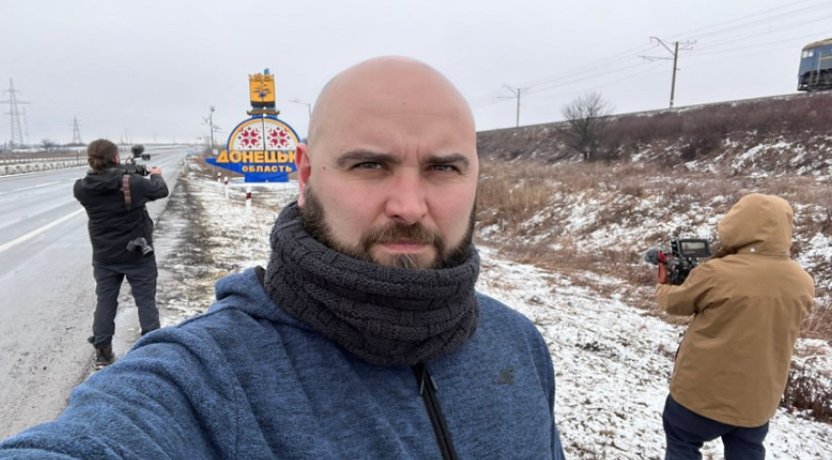 Spanish journalist spends 10th week in Poland after arrest 'for being a Russian spy'. Image: Reporters Without Borders

SPANISH journalist Pablo González is spending his 10th week in Poland following his arrest in late February after being accused of spying for Russia.

The journalist, who has joint Spanish and Russian nationality, was captured during the night of February 27 to 28 “on suspicion” of “participating in foreign intelligence activities against Poland” as part of Russia’s GRU military intelligence group.

Poland originally identified González as “a Spanish citizen of Russian origin”, without using his actual name and in an announcement on Friday, March 4, Polish officials said: “He was arrested in Przemysl (a city a few kilometres from the Ukrainian border). He was identified as an agent of the Main Intelligence Directorate of the General Staff of the Armed Forces of the Russian Federation (GRU)”.

A spokesperson for Poland’s minister coordinator of special services said later: “He carried out operations for the benefit of Russia, profiting from his status of journalist, which enabled him to freely travel around the world and Europe, including military conflict zones.

“Vast evidence has been secured, which now undergoes a detailed analysis,” the spokesperson said, adding that González faces 10 years in jail for taking part in “activities of foreign intelligence services against the Republic of Poland”.

Poland are believed to be looking at extending his detention in the country for a further three months and have until May 15 to file their request.

As noted by the Guardian, González can be held in custody until he is put on trial according to Polish law, and his lawyers fear that the process could last over a year.

As reported on March 4, González was initially held for more than 72 hours without being allowed to speak with his lawyer or consular services – something that was denounced by Paris-based journalists’ NGO Reporters without Borders.

The NGO are said to still be watching the situation closely.

“The Polish authorities must be more transparent about the evidence they hold against him, because so far information is scarce and detaining a journalist for months without trial is very serious,” a spokesperson said.

“Pablo González’s fundamental rights need to be respected in Poland, an EU democracy.”

The journalist has collaborated with Spanish media outlets such as the newspaper Público, and La Sexta, and was working in Poland at the time of his arrest.

He was forced to spend his 40th birthday behind bars last month.