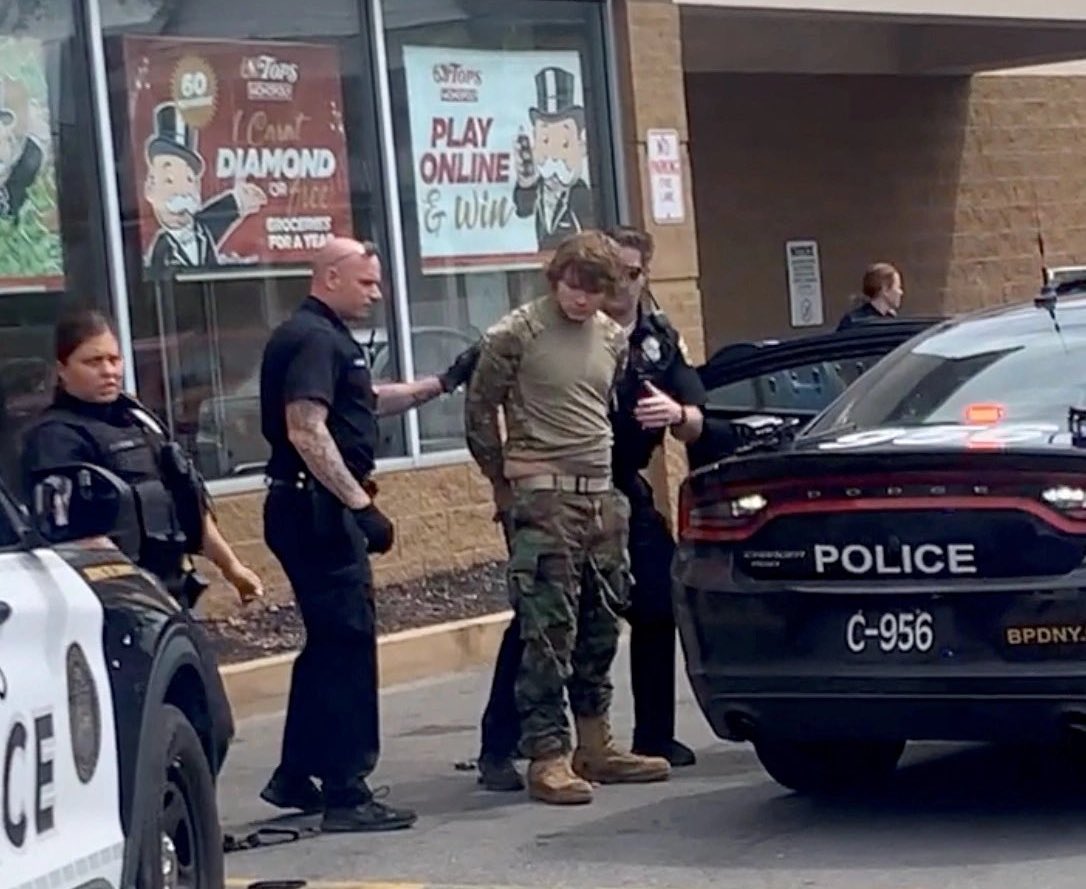 TEN people were killed during a mass shooting at a supermarket in Buffalo, which police have described as “racially motived violent extremism”, and now all the victims have been named.

18-year-old Payton Gendron took the lives of ten people and injured three others during a live-streamed shooting spree at the Tops Friendly Market in Buffalo, New York on Saturday, May 14.

He was arrested by police following the attack, which they described as “racially motived violent extremism”.

As previously reported, Pearl Young, 77, Aaron Salter, 55, Ruth Whitfield, 86, Katherine Massey, 72 and Roberta Drury, 32 were the first names to be released to the public.

Since then, the remaining victims have been named.

Emmy award-winning Buffalo 4 News anchor, Mel Orlins, has been highlighting those who lost their lives in dedicated Twitter posts.

This morning, we're focusing on the victims.

This is Ruth Whitfield.

She was 86 and was the mother of former Buffalo Fire Commissioner Garnell Whitfield. pic.twitter.com/kaV1r7xPtx

The 53-year-old is from Auburn, NY… about two hours east of Buffalo.

This innocent man was at the store buying a birthday cake for his 3-year-old son.

This is Margus Morrison.

This friendly man is a father of three.

Margus is 52-years-old and was at Tops, shopping for groceries, when his life was stolen from him Saturday.

This is Celestine Chaney.

Here she is with her son, Wayne.

We’re working to learn more about Celestine’s life and the type of person she was.

I’m told her granddaughter is on her way to Buffalo to be with her family.

This is Aaron Salter Jr.

By now, you've likely heard his story… but it's one that needs to be shared again and again.

The 55 yr old was the security guard, the hero, who fired at the suspect — trying to stop the monster.

Following the incident on May 14, another mass shooting in the US took place at a California church just a day later.

On Sunday, May, 15, a mass shooting took place at a church in Laguna Woods California, which killed one person and left five critically wounded.

UPDATE 6.50 pm (May 15) – The names of the victims of the Buffalo mass shooting are slowly being released to the public.

Ten people lost their lives and three others were injured after 18-year-old Payton Gendron went on a shooting spree at the Tops Friendly Market in Buffalo, New York on Saturday, May 14.

Seven of the people were killed inside the store while three were killed in the car park. The three people injured are said not to be in critical condition.

Gendron, who had apparently wrote ‘a white supremacy manifesto’ before the shooting – which he live-streamed on Twitch, drove for five hours to commit the horrific crime, described as “racially motived violent extremism” by police.

Eleven of the 13 victims were black, and two were white, according to the Guardian.

According to authorities, Gendron was arraigned on a first-degree murder charge hours later, although he has since pleaded not guilty to the charges.

Some of his victims have been identified.

For 25 years she ran a pantry where every Saturday she fed people in Central Park.

She loved singing, dancing, & being with family. She was a mother, grandma, & missionary.

A security guard at the market and a retired Buffalo police lieutenant, according to WHIO TV.

“One of the individuals inside the store is a security guard, a beloved security guard, who is a retired Buffalo police officer – a hero in our eyes – he engaged the suspect and fired multiple shots,” Buffalo’s police commissioner, Joseph Gramaglia, reportedly said at a press conference.

The mother of Buffalo’s former fire commissioner, Garnell Whitfield, according to WGRZ.

Massey’s sister, Barbara Massey, said in a text to a Buffalo News reporter: “She was a beautiful soul.”

“She always was the centre of attention and made the whole room smile and laugh,” her sister told The New York Times.

This is Roberta Drury.

Look at that beautiful smile.

She lost her life yesterday afternoon in the shooting.

The son of Senator Tim Kennedy for among those injured.

He said in a statement: “I’m devastated. I’m angry. And I’m thinking about the families who won’t welcome a loved one home tonight. All because an individual filled with pure evil made a calculated to decision to senselessly take innocent lives.”

In a statement the morning after the mass shooting in Buffalo, US Vice President Kamala Harris said: “Our hearts are broken and we grieve for the victims of the horrific act of gun violence in Buffalo and for their families and friends.

“The Second Gentleman and I are praying for all those who knew and lost love ones,” she said.

She added: “What is clear is that we are seeing an epidemic of hate across our country that has been evidenced by acts of violence and intolerance.”

“We must call it out and condemn it. Racially-motivated hate crimes or acts of violent extremism are harms against all of us, and we must do everything we can to ensure that our communities are safe from such acts,” she said.

ORIGINAL 07.58 am (May 15) – Officials in Buffalo, New York, have said that 10 people are dead and three others injured after a mass shooting at an area supermarket.

Police have arrested 18-year-old Payton Gendron from Conklin – a community about 200 miles southeast of Buffalo – who allegedly drove five hours to that specific area to carry out the crime, according to Eerie County Sherrif John Garcia.

Police have described the attack as ‘racially motivated’.

A gruesome live stream video from Gendron shows the teen – dressed in camouflaged army gear with tactical body armour and a helmet – entering the Tops Friendly Market and shooting his victims before later taking to the car park at around 2.30 pm on Saturday, May 14 (local date and time).

Police Commissioner Joseph Gramaglia said at a news conference that Buffalo police entered the store and confronted the suspect.

Gramaglia told reporters: “At that point, the suspect put the gun to his own neck. Buffalo police personnel — two patrol officers — talked the suspect into dropping the gun.”

“He dropped the gun, took off some of his tactical gear, and surrendered at that point. And he was led outside, put in a police car,” he said.

Tributes poured into social media for the victims.

“Pearly Young, 77, was killed today in #Buffalo shopping for groceries. For 25 years she ran a pantry where every Saturday she fed people in Central Park. Every. Saturday. She loved singing, dancing, & being with family. She was mother, grandma, & missionary. Gone too soon,” one person wrote.

Pearly Young, 77, was killed today in #Buffalo shopping for groceries.

For 25 years she ran a pantry where every Saturday she fed people in Central Park. Every. Saturday.
She loved singing, dancing, & being with family.

She was mother, grandma, & missionary. Gone too soon 🕊 pic.twitter.com/dQ5X9KBJCQ

US President Joe Biden reacted to the killings by stating that he and the first lady are ‘praying’ for the victims of the Buffalo shooting.

“Tonight, we grieve for the families of ten people whose lives were senselessly taken and everyone who is suffering the physical and emotional wounds of this horrific shooting,” the president said in a statement.

“We are grateful for the bravery of members of law enforcement and other first responders who took immediate action to try to protect and save lives. The First Lady and I are praying for the victims and their families, and hearts all across this country are with the people of Buffalo.”

“It was straight-up racially motivated hate crime from somebody outside of our community, outside of the City of Good neighbours… coming into our community and trying to inflict that evil upon us.”

Tops Friendly Markets shared a statement on Twitter after the deadly event unfolded: “We are shocked and deeply saddened by this senseless act of violence and our thoughts and prayers are with the victims and their families.”

“Our top priority remains the health and well-being of our associates and customers. We appreciate the quick response of local law enforcement and are providing all available resources to assist authorities in the ongoing investigation.”