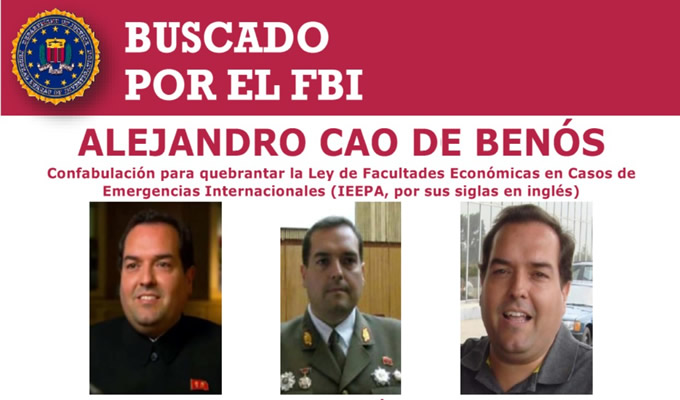 A search and arrest warrant has been issued by the FBI this Monday, May 23 against the Spanish citizen Alejandro Cao de Benos. The president of the Friendship Association with Korea is accused by the Americans of “conspiring” in favour of the Pyongyang government in order to avoid some of the sanctions imposed by the United States.

According to a statement released by the FBI, Cao de Benos, in collaboration with ‘an American citizen’, would have manoeuvred to ‘illegally provide blockchain technology and cryptocurrency services’ to North Korea. If proved to be true, he would have been violating the International Emergency Economic Powers Law I(IEEPA).

Cao de Benos was previously accused of recruiting a US expert in cryptocurrencies when organising a conference on this matter that took place in Pyongyang in early 2018. This person’s trip to the North Korean capital in April 2019, would have also been seen as ‘violating US sanctions’.

“Cao de Benos allegedly coordinated the approval of the North Korean government for the expert’s participation in the conference, and later continued to conspire to hold a second one on cryptocurrencies in 2020”, the FBI statement said.

The FBI provided a detailed list of his description, place of residence, and even included the Korean names by which he is also known as: Cao de Benos, Cho Son Il, and Jo Seon Il.

Posting on social media today, Monday, May 23, Cao de Benos voiced his surprise at the commotion and pointed out that he was in Jerusalem. “I don’t know why everyone is looking for me today. I’m in Jerusalem, next to Golgotha, eating a falafel durum”, accompanying the message with a photograph of his dish.