Spain gives the green light to self-determination of sex 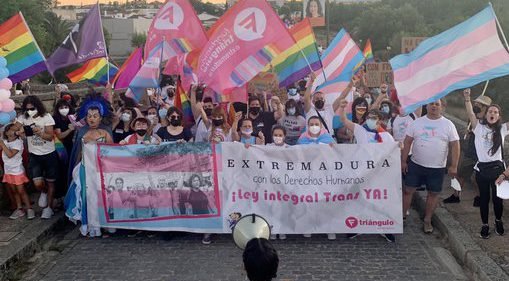 The right to self-determination of sex has been given the green light by the Council of Ministers after they passed the LGBTI law.

After some amendments to the first draft tabled in June 202, the bill was approved on Monday, June 27 which brings a fundamental change in the law for those who classify themselves as LGBTI.

Up until now legally changing a person’s sex required two years of hormonal treatment or a medical certificate that proved gender displacement. But now no witnesses will be required and nor will treatment of any kind, with the sex determination the sole right of the person concerned.

A statement issued by Irene Montero, Minister of Equality, said Spain has been at the forefront of many LGBTI rights and we want to send a clear message that “all LGTBI and trans lives matter.”

Montero said that the text will go to Parliament without major changes to “fundamental rights” with respect to the first draft. She went on to add that there are some fundamental advances contained in the new bill.

These include “self-determination of sex, without witness, without hormone treatment and without a medical report saying that they are ill” and “rights for trans children maintaining the measures regarding the age at which minors can request a change of registered sex and the requirements. “

The law also allows for the self-determination of sex by trans migrants on their documents issued in Spain, if they can prove that they cannot make this change in their country of origin. The law also improves the recognition of same-sex marriages in third countries and consular offices will be allowed to perform these marriages when one of the partners has Spanish nationality.

It also bans conversion therapies, which will be considered a serious administrative sanction with Montero saying: “The lives of LGTBI and transgender people do not need any cure.”

The law also plans to reinforce education on sex-affective diversity and for children under 12 to be treated in the education system with their real name instead of their registered name.

The bill also seeks to promote non-discrimination of LGTBI and trans people in the workplace, and a specific call is made for trans women, “who are the ones who have the most problems in finding employment.”

And in a week when the world saw the United States regress, the bill guarantees the access of lesbians and single women, bisexuals and trans men with the capacity to gestate to have access to assisted human reproduction techniques. That gives them equal rights to married women or with proven heterosexual partners.

The rule will also recognize the affiliation of the daughters and sons of lesbian and bisexual couples without the need for them to have previously married, discrimination that has dragged on to this day.

Not everyone signed up

The Socialists opposed the inclusion of this self-determination without contemplating some type of “legal guarantee” and questioned some precepts contained in the norm in relation to the treatment of trans minors. That led to additional measures being included in the bill such as the need to reaffirm the change of sex request three months after it is granted.

The discrepancies were ironed out once the then Vice President of the Government, Carmen Calvo, left the Executive. For example, the fact that trans people who request to change their sex in the registry have to reconfirm it three months after the request. Another of the concessions for the agreement was that there would be a single LGTBI and trans rights law, and not two separate ones as the ministry led by Irene Montero wanted.

Further changes could be made to the bill as it makes its way through parliament however with the green light given to self-determination of sex after substantial efforts made to accommodate all views prior to the presentation of the bill.