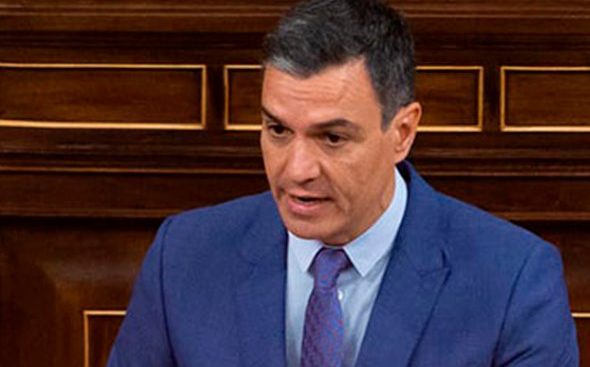 The President of Spain’s Government, Pedro Sánchez, has announced discounts of up to 100% for Renfe’s local, Rodalies and Media Distancia train tickets, as reported on Tuesday, July 12.

Pedro Sanchez announced the latest policies for Spain including free Renfe train tickets during the debate on the state of the nation, currently taking place in the Congress of Deputies and ending on Thursday July 14.

Sanchez promised that all Renfe multi-journey train tickets would be free of charge from September 1 to 31 December this year.

The measure comes after a 50 per cent discount was approved in the last decree of anti-crisis measures approved by the Council of Ministers.

Other policies include: Tax on large energy companies and financial institutions, measures to reduce energy consumption, scholarship policy for education, an extension of gas subsidies, the construction of two gigafactories for batteries and the implementation of programming, robotics and computational thinking studies at school stage.

Twitter was quick to react to the latest policies mentioned by Pedro Sanchez at Spain’s state of the nation debate:

“#StateOfTheNationDebate Says the President  @sanchezcastejon
“I invite Spaniards to be wary of those who offer false remedies to real illnesses” and I add, as false and ineffective as lowering taxes or giving grants to incomes of more than €100,000…”, stated one user

“You are so poor that Pedro Sánchez has to pay for the Cercanias. #StateOfTheNationDebate”

One Twitter user shared a video of Sanchez speaking in 2015, when he blamed the government for their lack of action when prices rose:

“Today  @sanchezcastejon tells us that prices depend on Putin. It seems that in 2015 he didn’t think the same. Remember what he said 👇?#ElPrecioDeSánchez#DebateNación2022”

“Sánchez confirms the tax on large energy companies to raise “around 2,000 million” and announces another tax on “large financial institutions” which is expected to raise around 1,500 million euros.
#StateOfTheNationDebate,” read another tweet.

To which another user responded:

“TAXES on the big fortunes. Tears of facists all over the peninsula. #StateOfTheNationDebate”

Pedro Sanchez’s announcements on free Renfe train tickets and other measures come after reports on the price of electricity rising for the fourth consecutive day in Spain and Portugal, going up by three per cent on Monday, July 11.