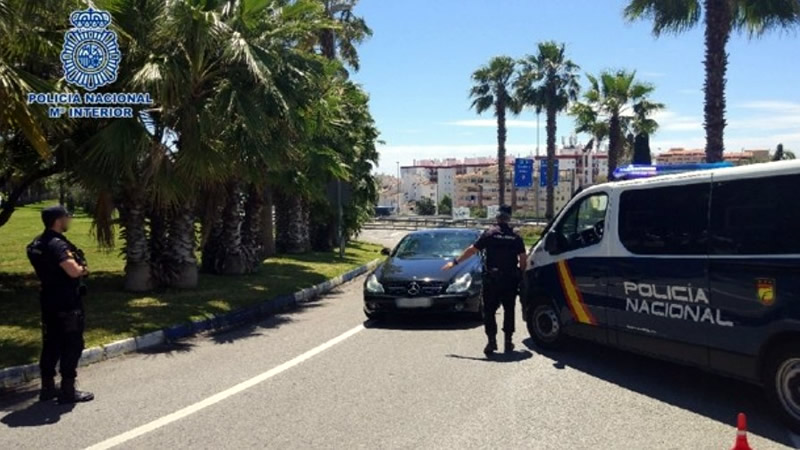 A search is underway for a man who assaulted a policeman in the Malaga city of Marbella, stole his weapon, and tried to shoot him twice.

Marbella National Police force is searching for a man who last Thursday, July 14, managed to snatch the regulation weapon from an officer in the Malaga municipality. The aggressor had overpowered the policeman after a struggle during which he hit him with a flowerpot, rendering him semi-conscious in the street.

The man then took the officer’s pistol and attempted to shoot him twice at close-range. He did not realise that thankfully the weapon’s safety lock was on.

This incident occurred at around 1am on Avenida Bulevar Principe Alfonso de Hohenlohe, on the N-340 near the Puente Romano Hotel. After being alerted to the theft of a luxury watch valued at $200,000 (€198,000), the National Police were soon in attendance and surprised the thief, who promptly discarded the timepiece and fled.

Suspecting that the criminal might try to return to the scene of his crime to collect the watch, a surveillance operation was set up. As expected, the thief appeared, at which point the officers attempted to apprehend him.

It was during the subsequent tussle that the man assaulted the police officer and stole his weapon. After trying to shoot the cop, the aggressor tossed the gun and fled once again. Police sources assured that their officer was fine, but needed medical assistance and received several stitches to a head wound.

The stolen watch has been returned to its rightful owner and now the National Police has initiated an investigation to try and identify the wanted suspect, as reported by laopiniondemalaga.es.