Three Axarquia towns close beach showers because of the drought 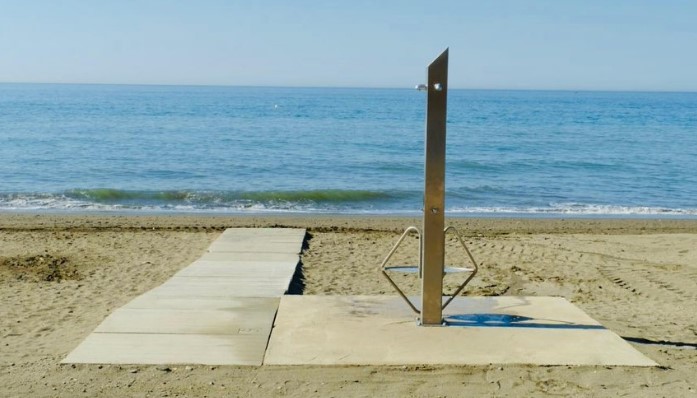 Three towns in the Axarquia region of Malaga province have turned their beach showers off to conserve water during the drought.

Three towns in the Axarquia region of Malaga province have announced their intention of turning all beach showers off in an attempt to conserve water during the drought. This Saturday, July 30, Algarrobo Council joined those of Velez-Malaga and Rincon de la Victoria in taking these exceptional measures.

Algarrobo Council said in a statement that it will ‘immediately’ cut off the water supply to the beach showers, footbaths, and the rest of the public fountains of the municipality. Water used for the irrigation of gardens and public parks will also be limited they added, supplying only enough to guarantee their survival.

Velez-Malaga and Rincon de la Victoria had already announced the closure of all their beach showers from Monday, August 1. Francisco Salado, the mayor of Rincon de la Victoria explained in a statement on Friday, July 29, that the action is ‘unpopular, but extremely necessary’, due to the current drought conditions in the region.

Sergio Diaz, the Councillor for beaches reported that “the critical situation in which we find ourselves with water resources at a minimum forces us to make an urgent decision. As of Monday, the showers in our municipality will remain closed, with only footbaths available”.

Antonio Moreno, the mayor of Velez-Malaga pointed out that “it is not easy to make this decision in the middle of summer with the beaches full of locals and visitors, and we are sorry for any inconvenience this may cause, but we really are in a critical situation”.

It should be noted that on June 15 Decree 178/2021 was declared, which classified the area with the regulation of the La Viñuela reservoir, in the Axarquia region, in a state of ‘exceptional drought’ with a situation of ‘serious scarcity’, mainly due to the lack of rain in recent months.

Axaragua, the public company responsible for the water and sanitation operations of the Axarquia, has already urged the municipalities of this region to reduce water consumption for human supply by 20 per cent.

Gregorio Campos, the vice president of Axaragua, described the situation as ‘worrying’ due to the volume of water contained in the La Viñuela reservoir. It is the main source for most municipalities in the Axarquia, including Algarrobo, Velez -Malaga, and Rincon de la Victoria, and is currently at 13 per cent of its full capacity, as reported by malagahoy.es.