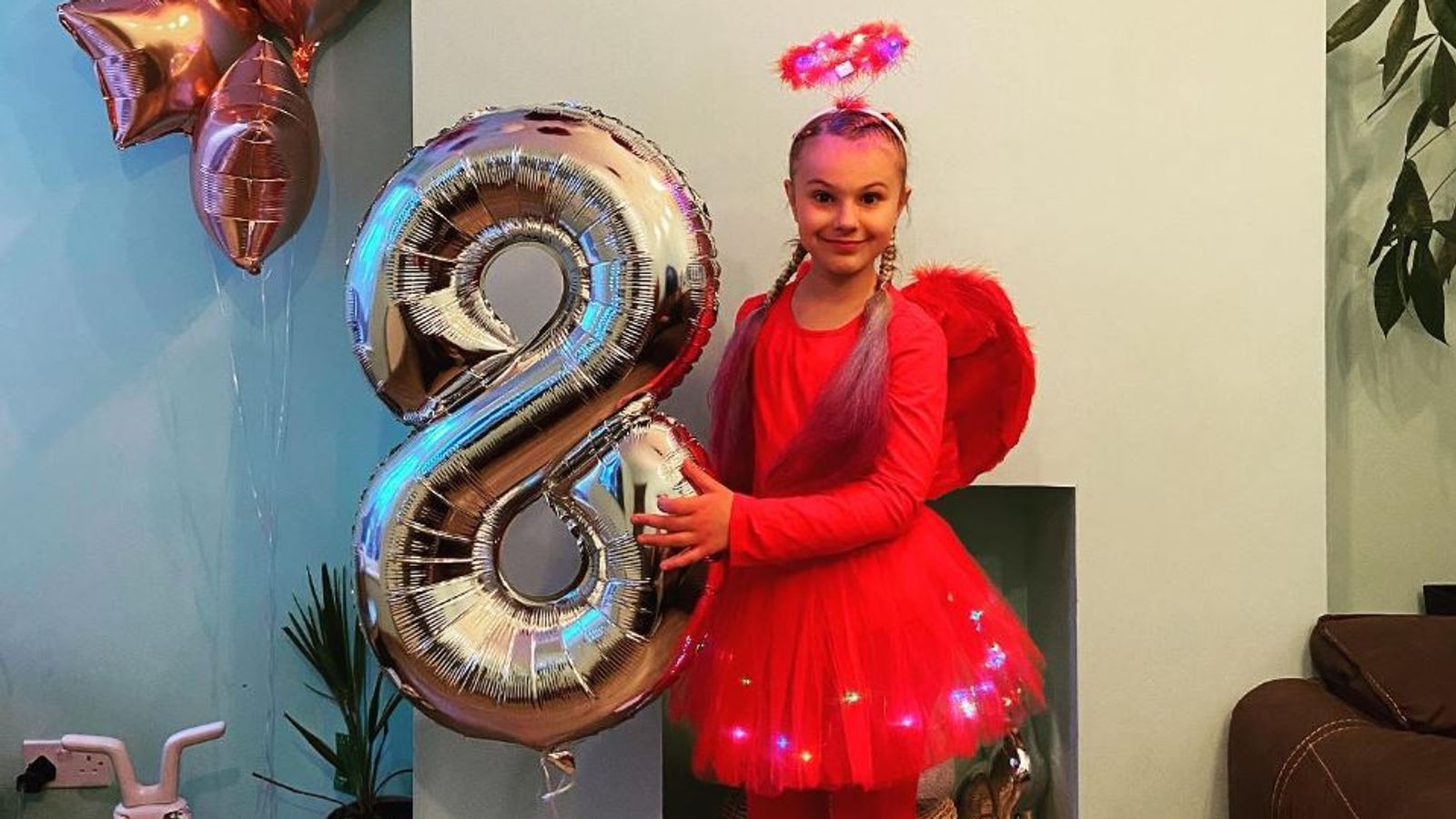 UPDATE: Monday, August 1 at 5:01 pm – The 22-year-old man charged with the stabbing of nine-year-old Lilia appeared in court today.

In an appearance lasting only a few minutes was only asked to confirm his name, address and date of birth.

The Judge then went on to advise Skebas that he was facing the toughest charge he could in the UK, before remanding him in custody.

The grey tracksuited Skebas was then led away to the cells and will appear next in court on September 19.

UPDATE: Sunday, July 31 at 10:01 pm – A 22-year-old man, Deividas Skebas, has been charged with murdering nine-year-old Lilia in the suspected stabbing.

Lithuanian national Deividas Skebas, 22, of Thorold Street, Boston, has been charged with murder and is due to appear at Lincoln Magistrates’ Court, on Monday, August 1.

Skebas was arrested after police released CCTV footage showing the man wanted in connection with the young girl’s murder.

According to a police statement, a combination of intelligence and information supplied by members of the public, armed officers made an arrest in the Central Park area of Boston at around 2.45 pm on Saturday, July 30.

No more details have been supplied by the police, with the motive behind the stabbing and the circumstances surrounding the stabbing remaining unclear.

Lincolnshire Police has this afternoon, Saturday, July 30, confirmed the arrest of a man wanted in connection with the murder of 9-year-old Lilia.

A statement released by the force read: “We have arrested a 22-year-old man on suspicion of murder. He is now in police custody. Officers detained the man in the Boston Central Park area at around 2.45pm today (30 July)”.

It continued: “The arrest follows a combination of intelligence and information supplied by several members of the public. We’d like to thank everyone for their assistance as we continue our investigation. We are not looking for anyone else in connection with this incident. There will continue to be a significant police presence in the town while our investigation progresses”.

UPDATE: We have arrested a 22-year-old man in Boston, this afternoon, on suspicion of murder. He is currently in police custody.

This follows the death on Thursday of nine-year-old Lillia Valutyte.https://t.co/palIzpOlnt pic.twitter.com/oNg1NrmVQo

12.25 pm : July 30 – Police in Lincolnshire have released CCTV footage of a third man sought in connection with the murder of the nine-year-old Lilia.

A statement issued by the Lincolnshire Constabulary said they now have CCTV images of a man who we need to locate. Any information, however small, may prove critical to our enquiries.

The two people who were arrested earlier this week have now been released with no further action.

Chief Superintendent Martyn Parker said: “Our officers have been working round the clock on this investigation, and the public’s help may prove crucial.

“These are very clear images of a man we want to speak to, so I’d urge anyone with information to get in touch with us. If you see him, do not approach him but immediately call 999.” 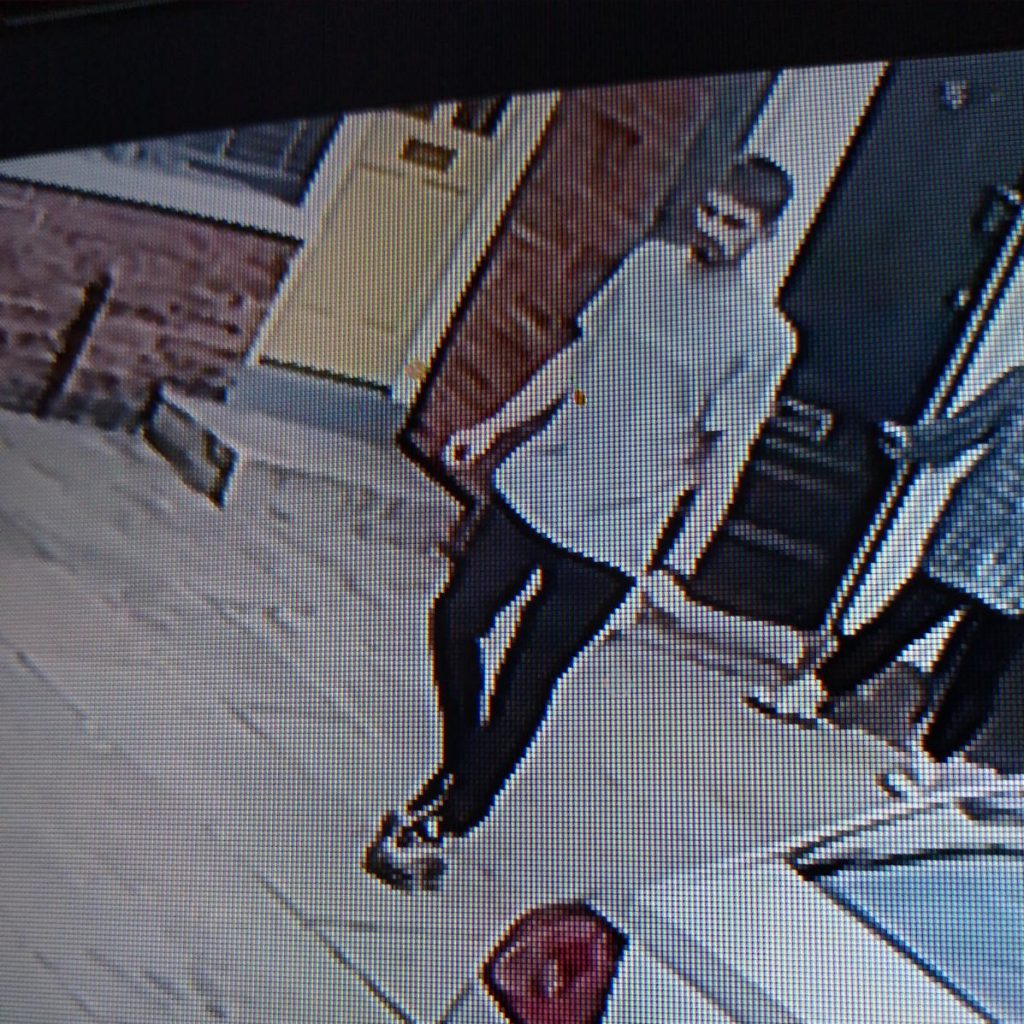 8.05 am : July 30 – Lincolnshire police have named the nine-year-old girl as Lilia Valutyte, a member of Boston’s local Lithuanian community.

Lincolnshire Police Chief Superintendent Kate Anderson, said: “Our thoughts continue to be with Lilia’s family and friends,” describing her death as an “utter tragedy.”

She added that flowers and tributes can be left at the corner of Fountain Lane and Fountain Place.

The town is according to the Leader of the borough council, Paul Skinner, “united in mourning” with flags flying at half-mast.

Two individuals were arrested on Friday, July 29 for the stabbing however police have declined to provide any details citing an ongoing investigation. As a result, what happened, why and who was involved remains known only to the police and those involved for now.

However, the Sun is reporting that Lilia was playing outside with her 5-year-old sister while her mom worked inside at a local café, from where she could see them.

Apparently, she was the first on the scene after the little girl was stabbed by one of two men who have been arrested. They were arrested in an armed raid on a nearby home.

It is thought that the attack may be related to the girl’s mother Lina, a recruitment agency boss, who may owe money to those involved for factory shifts.

1.39 pm : July 29 – Two people have been arrested by police over the fatal stabbing of the nine-year-old girl in Boston, Lincolnshire overnight.

Announcing the arrest Lincolnshire Police Chief Superintendent Kate Anderson said the force wouldn’t be revealing the name of the victim whose family is being supported by specialist officers. Describing the stabbing as an “isloated incident” she asked that: “People refrain from speculating on social media on what is a desperately sad situation – and also a live investigation.

“The public, the police, and her family will want this investigation to hold those responsible to account.”

She reiterated her appeal for witnesses to come forward as a forensic team remains on the scene gathering evidence.

No further details of the arrests or the circumstances of the stabbing were provided.

08.13 am : July 29 – Police have launched a hunt for witnesses after a nine-year-old girl was stabbed to death in the Lincolnshire town of Boston.

At around 6.20 pm on Thursday, July 28 officers were called to Fountain Lane where they found the young girl died from suspected stab wounds.

The police in Lincolnshire have launched a murder investigation and have appealed for witnesses to the incident to come forward.

A statement issued by the police and reported by Sky News said: “We have launched a murder investigation. The area has been cordoned off and we will be at the scene for the foreseeable future.

“The young girl’s parents have been informed and our thoughts are with them at this incredibly difficult time.

“Her family will be supported by specialist trained officers.

The MP for Boston and Skegness Matt Warman said he had been in contact with the policing minister, who had assured him national support would be available in bringing those involved to justice.

He said: “Profoundly shocking news in Boston this evening.

“I have spoken to senior officers locally and am hugely grateful for all the emergency services work.

“I have also been in contact with policing minister Tom Pursglove to ensure that any national help that might be useful is made available as quickly as possible.”

On Friday, July 29 police have said there is no update as they continue to hunt for witnesses to the stabbing of the nine-year-old Lincolnshire girl.