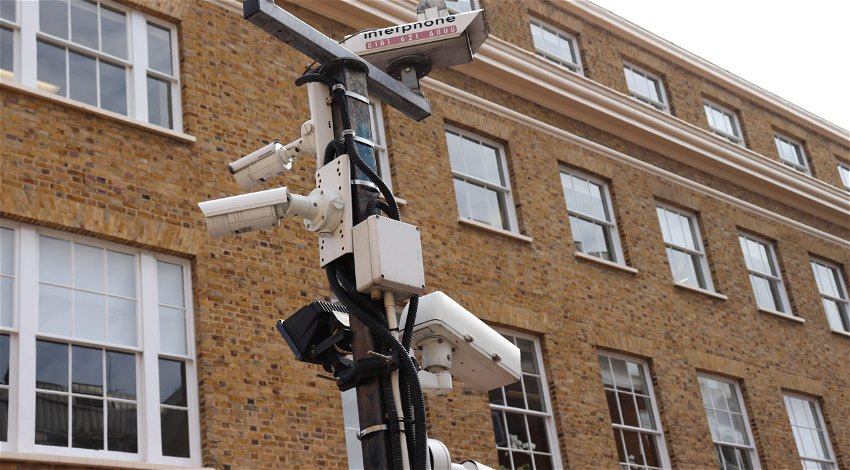 Terrifying say privacy campaigners in the UK after London’s mayor gave the police total access to the city’s CCTV data.

The decision taken earlier in the year has resulted in an announcement on Wednesday, August 3 that privacy campaigners angered by the decision, are taking him to court to have it reversed.

These images they say contain vehicle details, images of those in the vehicle and at times passers-by all of which they say impinges on their privacy rights.

Up until now, the network was largely used for number plate recognition services that are used to control access to road charging zones. The 13,000 cameras that are used, capture more than 55 million images a day with number plate data sent to Transport for London (TfL) so that they can monitor usage of the payment zones.

According to London Assembly member, Sian Berry who spoke to the NNC said: “It’s kind of terrifying.”

She and privacy campaigners the Open Rights Group are bringing a legal challenge against the mayor’s decision saying that the scans of car number plates may seem innocent but in the wrong hands it isn’t.

Metropolitan Police have had access to number plate reads in central London but not any images or other data that may be collected. But the change will not only increase the number of people whose images could be shared, rising from 200,000 to 3.8 million, but it will also enable the police to track individuals whether they are guilty of a crime or not.

The police and the mayor’s office both believe that technology has a role to play in keeping the people of London safe, plus the additional information would limit errors made by police in tracking known criminals due to the use of false number plates etc.

They add that Londoners have little privacy anyway with the city being amongst the leaders in the world for the use of the technology both at a government and at a business level. Besides, they say, the data is unlikely to be of a quality that would enable them to be used for much else.

Images aside, Merry says sharing the data would allow the police to build a dossier on each and every person in the city that could be as and when they want. As always data can be misused and there are many recent cases that are evidence of this.

She added: “We do know that there have been police disciplined and expelled for stalking their ex-partners using data that the police hold.

“When there aren’t proper internal controls, it really increases the risk of that kind of harm.”

Under current legislation, the police have to go to court or the minister for authority to gain access to such information, something they did more than 33,000 times in 2020. But to get the access they need to have a valid reason.

The decision taken by the mayor would give them this access without needing a reason, which she believes is illegal.

Jim Killock, Executive Director of the Open Rights Group, said this decision was terrifying for privacy campaigners and the public alike: “With every single car, driver and pedestrian in Greater London subject to surveillance by the Metropolitan Police, yet Londoners have had no say in this.”