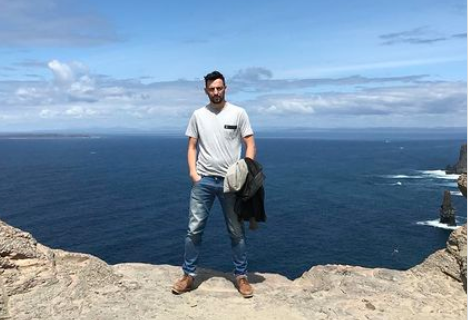 ONE of Britain’s top TV stars recently revealed how a phone call in 2019 ‘changed his life forever’ and recognises how lucky he is.

Standing on The Cliffs of Moher, Ireland, back in May 2019, top British TV star Ralf Little said that ‘his life changed forever’ after getting the call to play DI Neville Parker on hit BBC show Death in Paradise.

Taking to Instagram on Wednesday, August 10, the former Two Pints of Lager and a Packet of Crisps actor wrote: “28th May 2019. The Cliffs of Moher, Ireland. The next day I got the call to say I’d been cast in @deathinparadiseofficial and my life changed forever.”

He added: “Not a day goes by I don’t appreciate how lucky I am. Appreciate every one of you who watched and took DI Neville Parker into your hearts.”

Little’s choice of words sparked panic among fans who thought that the 42-year-old was quitting the role.

“‘Watched’ ‘took’ past tense? Surely not!” one person said.

“Watched it when I first started I mean. Never know how an audience is going to react to an incoming character, especially on a show that’s so well loved,” Ralf Little wrote.

Another responded: “Phew! You had me worried for a minute. Love you in DIP Ralf, absolutely brilliant – we love Neville Parker.”

Another commented on the CGI lizard that has been a mainstay on the show, which has seen many big names in the acting world appear on the Caribbean detective series.

“Was so upset when my daughter told me Harry wasn’t real 😪,” on person said.

Another wrote: “You’re fab in death in paradise Ralf. I love it!”

After leaving after two seasons, Miller was replaced by Kris Marshall who played the island’s main detective from series 3–6.