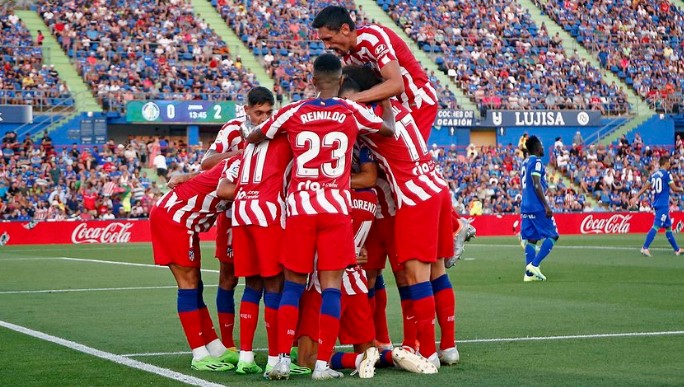 Alvaro Morata was the star of the show as Atletico Madrid opened their LaLiga Santander campaign with a 3-0 away win.

Atletico Madrid made the relatively short trip across the city to play their opening match of the 2022-23 LaLiga Santander campaign against Getafe. Their Argentinian coach Diego Simeone had pledged his continued allegiance to Los Rojiblancos going into this match that ended in a comfortable 3-0 away win.

Alvaro Morata started his return to the capital with two goals, with Antoine Griezmann bagging the third. Quique Sanchez Flores’ side was no match for this rampant Atletico team on the night.

It took Morata just 15 minutes to get off the mark at the Coliseum Alfonso Perez. He latched onto a lovely ball from Portuguese star Joao Felix, and smashed it into the Getafe net for 1-0.

On 59 minutes it was once again Felix setting up the Spanish international for his second. The Portuguese played Morata through and he rifled the ball into the top left corner of the goal with his left foot.

Not to be left out of the performance, a third goal came in the 75th minute, courtesy of French international Antoine Griezmann. João Felix provided his third assist of the match, slotting the ball through for Griezmann to hit a spectacular left-footed shot into the bottom right-hand corner of the Getafe goal.

Atletico has a home match at the Wanda Metropolitano stadium to look forward to next, against Villarreal. Getafe meanwhile will head up to Girona.

In the evening’s other LaLiga match, Real Betis ran out easy 3-0 winners over 10-man Elche at the Benito Villamarin stadium in Sevilla. John Donald saw red after only 16 minutes. Betis captain Nabil Fekir played Borja Iglesias in for a close-range shot into the bottom right corner for 1-0 on 28 minutes.