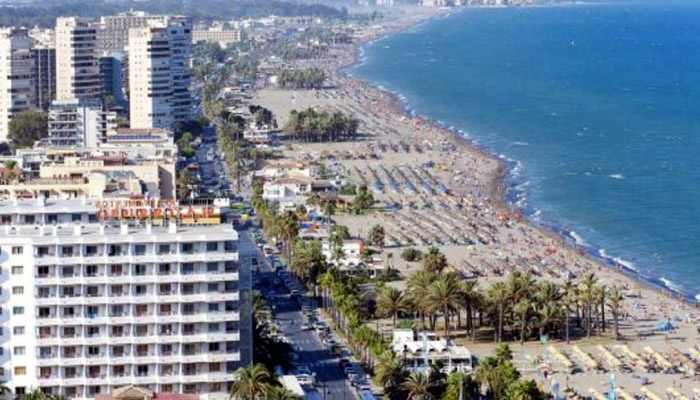 The Malaga municipality with the most hotel occupancy in the month of August was Torremolinos, with 93.76 per cent.

According to tourist occupancy data provided on Wednesday, August 31, by the Association of Hotel Entrepreneurs of the Costa del Sol (Aehcos), Torremolinos was the Malaga municipality with the highest occupancy this August. It recorded a figure of 93.76 per cent, compared to the 88.08 per cent average for the province.

As reported on the official Twitter account of Torremolinos Council, other municipalities such as Benalmadena, Fuengirola, and Nerja also exceeded 90 per cent occupancy for the month. Malaga capital, Marbella, Mijas and the Axarquia region came close to hitting 90 per cent as well.

In terms of occupancy, Aehcos reported that this summer has been better than 2019, the year before the pandemic. As it pointed out, this was despite the strikes and delays at the main European airports.

The final figures for the summer season have exceeded expectations, with September and October expected to improve on estimates. For September, an occupation of 81.44 per cent is expected; for October, 70.23 per cent, and for November, 57.05 per cent.

Although the forecasts are positive, the drop in profitability keeps professionals in the sector in check. The disproportionate increase in costs, especially energy costs, as Aehcos has assured, has a negative influence.

Aehcos also alluded to the decrease in important markets for the Costa del Sol in the accumulated year between January and September, such as the Germans. This sector recorded a fall of 26.1 per cent, while French tourism was down by 15.9 per cent. British tourism fell by 13.6 per cent, and the Irish were down by 11.6 per cent.

The hotel association voiced its concern over the profitability of the establishments, which in most cases has been very low and in some cases, zero. They emphasised that: “In the near future, the destination of European funds and the ‘Next Generation’ will be key. This must serve to alleviate the losses suffered by the sector as a result of the rise in energy costs. It is a big problem for the sector at the moment”.