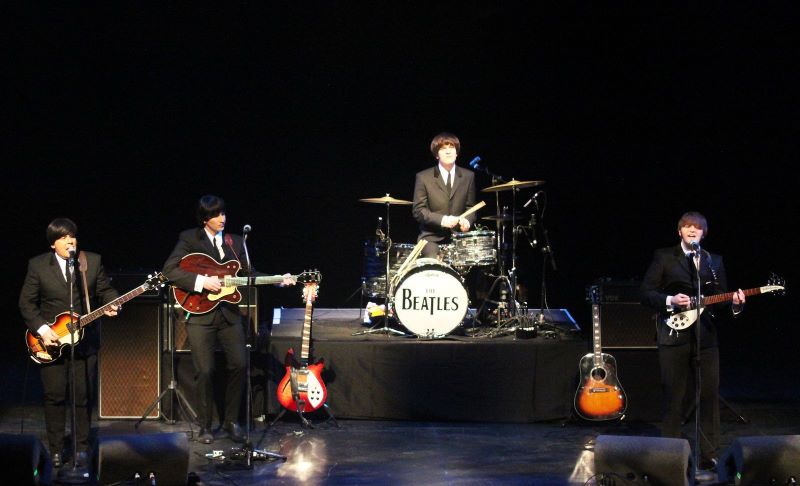 I don’t understand, and never will, why the British media have to name terrible things and people with something which somehow glorifies them. For instance, there is an ISIS terror group, known as the Beatles because of their British accents, who murdered hostages while fighting with Isis in Syria. The Beatles, to me, were the greatest thing to happen to music in my lifetime.

Even today new musicians still say that they were influenced by them. So why does the media even put the two together in the same sentence? Instead, they shouldn’t name them or put any pictures of these pieces of scum or give their cause any publicity.

Does anybody actually buy any of the products that pop up every bloody second on Instagram, Facebook and every site you go on? How many people reply to all the scam emails? Has any bloke’s willy actually got bigger by replying to an email? My mate had a penis extension – ruined the look of his house.

There is a Jamie Foxx movie that has been shelved since 2016. It’s a comedy starring Jeremy Piven, Robert Downey Jr., Benicio del Toro, Gerard Butler and Eva Longoria. A pretty good cast I think you’ll agree. So why won’t it ever be released? Well, it’s because some of the actors play roles which means they are pretending to be someone they aren’t ….sorta like, how can I best describe it? I know – ACTING! Yes, it does mean that Foxx is made up to look like a white racist cop and Downy Jr. plays a Mexican but really do they have to shelve a film because of fear of being cancelled? If people don’t like the idea of its storyline or cast then don’t go and see the movie. It’s as simple as that.

Decided to go for a swim with Mrs S the other evening. Both of us just cossies and a towel and keys, no phones, just going for a quick dip which seemed like a great idea except as I closed the front door Patti realised that we (she) had left a set of keys in the lock on the inside. If any of you have done that you will know that it means you can’t open the door. Thankfully a neighbour let us borrow a phone and an hour later we were back in thanks to us knowing someone who can break into houses. Oh, and by the way, without your own phone, you are pretty much stuffed as nobody remembers numbers anymore.