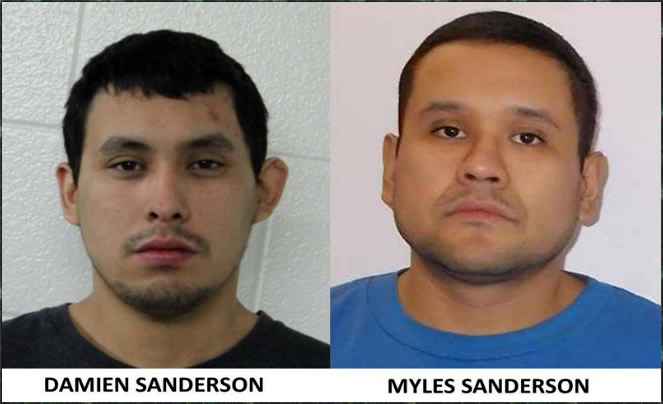 Myles Sanderson, the second of two suspects being hunted in connection with a mass stabbing incident in Saskatchewan province died in police custody after his arrest.

According to the Royal Canadian Mounted Police, Myles Sanderson, the second of two suspects in the mass stabbing incident in Saskatchewan province reportedly died while in police custody after his arrest.

In a press conference, a spokesperson for the RCMP explained that Sanderson had experienced ‘medical distress’ shortly after being detained earlier on Wednesday, September 7, as reported by BNN Newsroom.

JUST IN: Myles Sanderson, the second suspect in the stabbing deaths of 10 people in the province of #Saskatchewan, died shortly after his arrest, according to the Royal Canadian Mounted Police. #Canada pic.twitter.com/ijAueKkpCg

As reported by Melfort RCMP Saskatchewan, Myles Sanderson, the second suspect being hunted in connection with the mass stabbings in the province, was located and detained near the town of Rosthern, roughly halfway between the cities of Prince Albert and Saskatoon. His arrest occurred at around 3:30pm local time.

The Dangerous Persons Alert has now been cancelled with the police saying there is no longer any risk to the public as far as this investigation is concerned.

CANCELLED: Dangerous Persons Alert issued by Melfort RCMP: Myles Sanderson was located and taken into police custody near Rosthern, SK at approximately 3:30 p.m. today. There is no longer a risk to public safety relating to this investigation. Updates to come. ^km

RCMP vehicles have been observed heading at full speed towards the James Smith community in Saskatchewan province, Canada. A member of the public uploaded a video they shot which shows several police cars passing them.

It is suspected that there might have been a sighting or a report of Myles Sandersonin the area. He is on the run after a mass stabbing incident that took place on Sunday, September 4, and he has been charged with first-degree murder.

Another user posted footage of police vehicles barricading the entrance into the James Cree Nation.

It has been reported in an update to the Dangerous person Alert from Melfort RCMP that Damien Sanderson, one of the two suspects being hunted in connection with the mass stabbings in Saskatchewan province has been found dead. It is suspected – though not verified – that his injuries were not self-inflicted.

The RCMP said that his brother Myles Sanderson – the other suspect – could also be injured and in need of medical attention. They advised members of the public to take appropriate precautions and to not approach suspicious persons. Any information about the suspect should be passed to the local police, or to emergencies by calling 911 they added.

1/2 Update for Dangerous Person Alert issued by Melfort RCMP: Damien Sanderson has been located deceased. #RCMPSK continues to search for Myles Sanderson, who is 6 foot one inch and 240 pounds with black hair and brown eyes. He may be injured and seek medical attention. pic.twitter.com/LeS7mWGaL9

In a press conference held by Assistant Commissioner Rhonda Blackmore, the Commanding Officer of Saskatchewan RCMP, she announced that the two suspects being hunted in connection with yesterday’s stabbing incident have both been charged with first-degree murder.

The two men – Myles Sanderson and Damien Sanderson – are still on the run, and Blackmore urged the public to remain vigilant. She insisted that the force is taking every possibility to bring the wanted men into custody.

Another incident occurred today in the same region, with the police investigating after shots were fired at Witchekan Lake First Nation in Saskatchewan. Armed men are reportedly at large following this event.

Canada’s Prime Minister Justin Trudeau led the tributes today, Monday, September 5, to those deceased in the mass stabbing incident that occurred in Saskatchewan province on Sunday, September 4. He also praised the work of first responders in attending to the victims at the locations across James Smith Cree Nation and the village of Weldon.

The attacks in Saskatchewan today are horrific and heartbreaking. I’m thinking of those who have lost a loved one and of those who were injured.

We are closely monitoring the situation, and urge everyone to follow updates from local authorities. Thank you to all the brave first responders for their efforts on the ground.

Saskatchewan RCMP is still on the trail of the two suspects but as yet, there has been no update from the force.

In Europe, tributes were led by Ursula von der Leyen, the President of the European Commission. She expressed her horror at the attacks and said she hoped the suspects will be apprehended soon.

Horrified by the deadly attacks committed in Saskatchewan today.

I hope the perpetrators will soon be apprehended and brought to justice.

I will pay my tribute to the victims when I’m in Saskatoon in 2 weeks.

Assistant Commissioner Rhonda Blackmore, the Commanding Officer of Saskatchewan RCMP, has released a full statement on behalf of the force, informing the public of the details surrounding the mass stabbing incidents that occurred earlier in the day.

The full statement can be read here.

Canadian police have confirmed this evening, Sunday, September 4, that at least 10 people have been killed in a mass stabbing incident in the province of Saskatchewan. Another 15 individuals have reportedly also been hospitalised as a result of the attacks that took place in 13 different locations.

According to the police, the stabbings occurred on the James Smith Cree Nation and in the village of Weldon, northeast of Saskatoon. Rhonda Blackmore, Assistant Commissioner of the RCMP Saskatchewan, said that some of the victims appeared to have been targeted by the suspects, while others seem to have been attacked at random.

Posting on its official Twitter account, the Royal Canadian Mounted Police said that early indications show that the victims were probably all attacked randomly. They named two suspects: Damien Sanderson and Myles Sanderson. Damien is 5 foot 7 and 155 lbs with black hair and brown eyes. Myles is 6 foot 1 and 240 lbs with brown hair and eyes.

#Breaking: Canadian police say that at least 10 people are dead, following after a mass stabbing event in 13 locations in the province of #Saskatchewan, #Canada. Police are searching for 2 main suspects. pic.twitter.com/snlmizaeb6

These two main suspects are currently being hunted by Canadian law enforcement officers. The RCMP in the city of Melfort has issued a Dangerous Person Alert. They warned the public to be on the lookout for the two men suspected of committing these crimes.

“We urge the public to take appropriate precautions. Do not leave a secure location. Use caution allowing others into your residence. DO NOT APPROACH suspicious persons. Do not pick up hitchhikers”, they stressed.

Update #5 for Dangerous Person Alert issued by Melfort RCMP: #RCMPSK received a report the suspects may traveling in the Arcola Ave area around 11:45 a.m. in Regina, SK in a black, Nissan Rogue with SK license 119 MPI. pic.twitter.com/dYlVTmP1CL

If you are in the Regina area, please take every precaution and consider sheltering in place.

BREAKING: Authorities in Saskatchewan, Canada, said on Sunday that ten people were killed and 25 were injured in a series of stabbings in two communities. Two suspects are being sought by police. pic.twitter.com/IIXjOjQjM1

Scott Moe, the Premier of Saskatchewan tweeted @PremierScottMoe: “I want to offer my deepest condolences on behalf of the government and people of Saskatchewan to all of the family and friends of the victims of today’s horrific attacks”.

“I also want to thank the RCMP and other police services for the efforts they are making to apprehend the attackers and protect the public and thank all the first responders and health care professionals who are treating numerous victims”, he continued.

I want to offer my deepest condolences on behalf of the government and people of Saskatchewan to all of the family and friends of the victims of today’s horrific attacks.