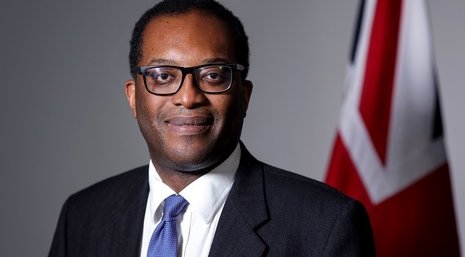 15:58 (September 26). The Chancellor has called a meeting with MPs as anger over his min-budget builds.

The meeting has called after rumours began swirling that MPs would vote against his budget and possibly even submit letters of no confidence in Prime Minister Liz Truss. The call also follows rumours of an announcement by the Bank of England that could see interest rates rise.

Some MPs have gone so far as to say that chancellors have resigned and parliaments have been recalled for less. Instead, they said they were being invited to meetings.

A former Tory minister has claimed that letters of no confidence have been stacking up literally weeks after she was elected, with one even going so far as to tell Sky News: “Liz is f*****. She is taking on markets and the Bank of England.

They went on to say the PM and Treasury ministers were “playing A-level economics with people’s lives.”

15:58 (September 26). The Bank of England is believed to be planning an emergency announcement this afternoon after the collapse of the pound.

Speculation is that the Bank may push through another increase in the interest rates by as much as one percentage point in an effort to steady the pound.

The emergency statement many experts believe will be needed to steady the pound and could see interest rates rise another one per cent. to 3.25 per cent  An increase was expected in November but the collapse of the currency today could see that brought forward.

With the cost of living already rising at levels not seen for fifty years and government borrowing heading towards highs not seen since WWII, the collapse in the pound can only add to those woes. It could also see a ratings agency downgrade that would heap further misery on the situation.

Despite requests for comment neither Chancellor Kwasi Kwarteng or the Prime Minister Liz Truss have been prepared to publicly address the issue, with the Prime Minister’s official spokesman telling reporters on Monday that Downing Street would not be commenting on market fluctuations.

MPs have been more forthcoming with some suggesting that the mini-budget is reminiscent of the type of mistake emerging economies make and has sevely tarnished the UK’s reputation.

15:58 (September 26). Another Tory leadership election could be on the cards as whispers grow over the effect of the mini-budget presented by the new leadership.

With the pound trading at an all-time low against the dollar and the value of treasury bonds and shares dropping on Monday, September 26 rumours have begun to circle that letters of no confidence could be forthcoming if the situation doesn’t improve.

According to the Daily Telegraph, some backbenchers have indicated a willingness to “hit the nuclear button” if the pound doesn’t recover.

MPs spoken to by the newspaper expressed fears of another “black Monday” saying the budget was far more expansive than the market was expecting. That has sent it into a tailspin that has even sparked rumours of a rating agency downgrade for the UK.

“It is the global market’s response to what looks like very risky behaviour from our Government,” adding that: “The Bank of England is being backed into a corner.

“If you’re already in a recession and you raise interest rates by, say, 100 basis points, which some people have been talking about, it’s like accelerating your car into a brick wall.

“If the pound drops below one dollar, that’s territory for me where I’m afraid I would hit the nuclear button. I just think that would be unconscionable.”

The Bank of England who had warned prior to the budget that a recession may be on the way and that interest rates may have to rise further may now be pushed to do so sooner.

According to the Evening Standard, the last time there were this many bets against the pound it cost Boris Johnson his job as Prime Minister.

With that in mind some are predicting that another Tory leadership election could be on the cards, perhaps even a general election depending on how far current leader Liz Truss is prepared to gamble.