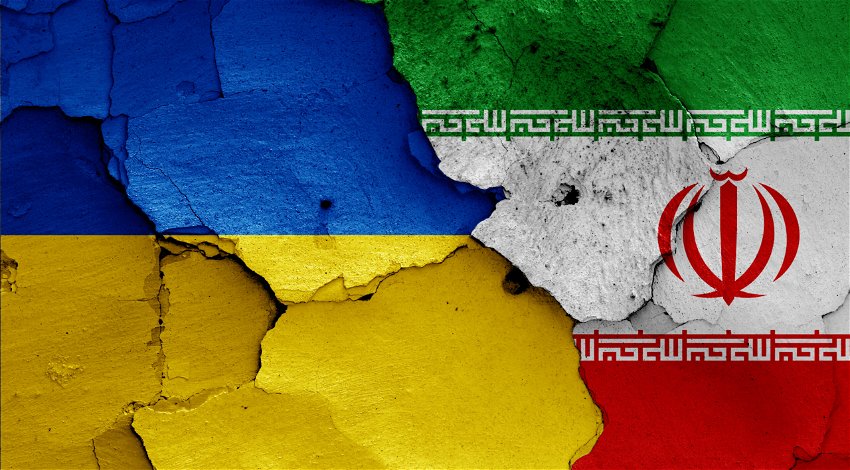 UKRAINE’S Foreign Minister Dmytro Kuleba has reportedly suggested that the country’s president Volodymyr Zelensky breaks diplomatic relations with Iran, following results that Iran has been showing support for Russia by ‘sending drones and missiles’ for the Ukraine war.

“Iran’s actions are meanness and lies, which we will not tolerate,” Kuleba said.

“After all, Iran did all these actions while telling us in parallel that it is against the war and will not support either side with weapons.”

He added: “Tehran bears full responsibility for the destruction of relations with Ukraine.

“Given the numerous destructions caused by Iranian drones to Ukraine’s civil infrastructure, the deaths and suffering inflicted on our people, and the emergence of reports of Iran’s possible continuation of arms supplies to Russia, I am submitting a proposal to the President of Ukraine to sever diplomatic relations with Iran.

“We have never taken an anti-Iranian stance. But after Iran became an accomplice to the crime of aggression and crimes of Russia on our territory, we will take a very clear and honest position today. If Iran stops supplying weapons to Russia, we will talk about restoring the whole set of relations,” Kuleba said.

As noted, Iran is reported to have strengthened its allegiance with Russia by sending the country drones and missiles to bolster its arsenal as it continues its attack on Ukraine.

On Sunday, October 16, US and allied security officials said that the attack drones and Iranian-made surface-to-surface missiles are intended for use against Ukrainian cities and troop positions, according to the Washington Post.

Intelligence shared with Ukraine and the US revealed Iran’s plan to prepare its very first shipment of Fateh-110 and Zolfaghar missiles, which have striking targets at distances of 300 and 700 kilometres respectively.

In addition, officials said Iran was preparing to send Russia “dozens” of additional Mohajer-6s and a larger number of Shahed-136s.

The MoD said on Wednesday, October 12: “Russia has deployed Iranian manufactured uncrewed aerial vehicles (UAVs – drones) since at least August 2022, including the one-way attack Shahed-136 variant, Russia included Shahed variants among the extensive wave of strikes it conducted on October 10, 2022.”

On Monday, October 17, video footage emerged of Ukrainian police frantically shooting at an Iranian Shahed-136 drone in Kyiv as Russia continued attack on the capital of Ukraine.

Earlier on Tuesday, October 18, war expert Oliver Alexander said that “while the Iranian Shahed-136s are primitive and inaccurate, they are highly effective in the role of terror bombing cities and forcing the Ukrainian military to use higher value air defence weapons to counter them.”

“If Russia can keep procuring large quantities, either through continued imports from Iran or the establishing domestic production, they could theoretically keep up daily terror bombing attacks on Ukrainian cities for the foreseeable future,” he said.

He added: “While a lot of air defence weapons have been sent to Ukraine, the numbers aren’t infinite and the production is more complicated and takes longer than the production of Shahed-136 style drones.

“A large portion of Ukrainian air defence supplies could theoretically be kept occupied by daily terror bombings of cities.”