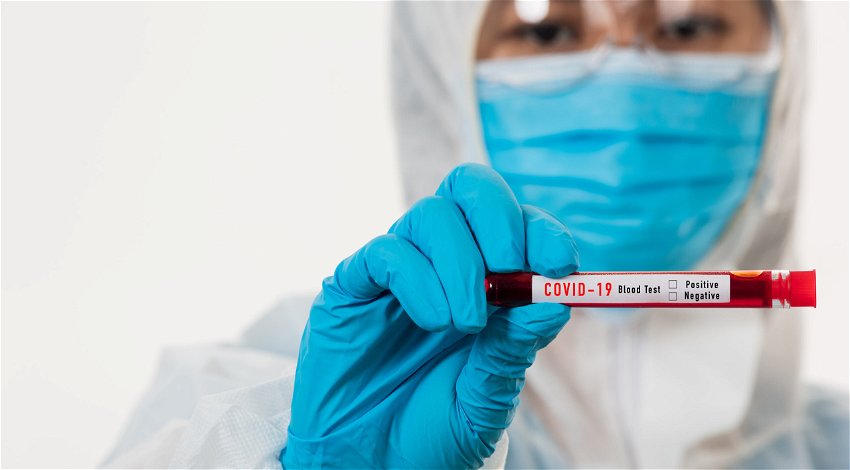 IF you felt unwell after your Covid-19 vaccinations, this could be a ‘good sign’ say researchers.

The new study found a link between post-vaccine side effects and higher immune response.

Researchers at University, the University of Vermont and Boston University, say that side effects including tiredness and a high temperature could point to the fact that the vaccine has been effective.

For the study, which was published on Friday, the research team used survey data and blood samples from 928 American adults, who had an average age of 65, then analysed the relationship between self-reported postvaccination symptoms and antibody responses.

In February 2021, the patients were invited to fill out a questionnaire about their Covid vaccination history, which was around the same time they gave dried blood samples for the study. To successfully take part in the study, the respondents had to have had their most recent jab two weeks before the blood samples were submitted.

All participants in the study had been vaccinated with two doses of either the Pfizer-BioNTech or the Moderna Covid-19 vaccine, both of which use mRNA technology to prompt an immune response, reports Fortune.

The study found that almost half of the participants reported having “systemic symptoms”, which include fever, chills, nausea, vomiting, headaches, or fatigue, after either dose of the vaccine.

A further 12 per cent said they had had local symptoms like a sore arm or rash near the injection site, while 40 per cent reported no side effects at all. Symptoms associated with being vaccinated were mostly present in younger women, prior Covid infection, and the Moderna vaccine.

Among those who displayed side effects after being vaccinated, 99 per cent were found to have had an antibody response to immunisation, compared to 98 per cent of the nonsymptomatic cohort.

The study noted that nearly all participants exhibited a “positive antibody response” to the vaccines, but said, “nonetheless, systemic symptoms remained associated with greater antibody response in multivariable-adjusted models.”

Researchers acknowledged that their sample group of mainly older, white people, limited the impact of their study, saying more research is needed but insisted that their findings support “reframing postvaccination symptoms as signals of vaccine effectiveness.”