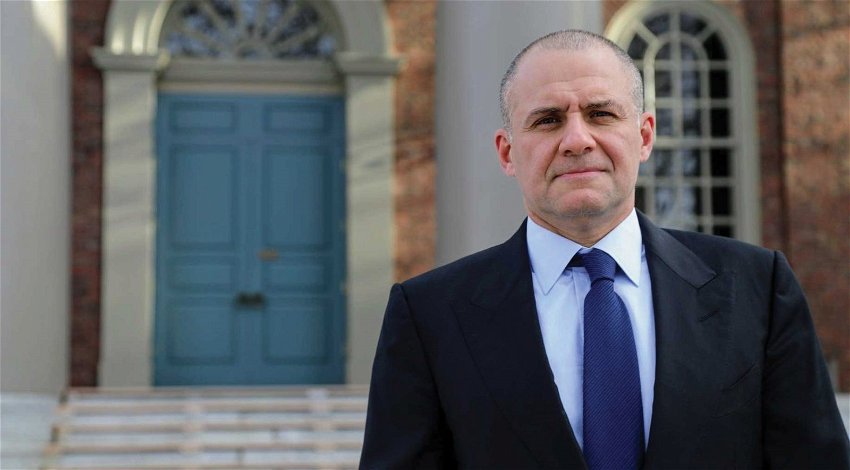 Ronn Torossian is the founder and chairman of 5WPR, a top 20 award-winning public relations agency in the United States. The company was founded in the year 2003 and has since become one of the largest independent public relations firms in the world by consistently providing clients with high-quality results.

As one of the world’s most respected public relations experts, Ronn Torossian has more than 25 years of experience in public relations, reputation management and marketing. He oversees more than 275 dedicated and motivated professional employees in his company.

Over the years, Torossian has grown 5WPR into a leading New York-based PR firm with a diverse clientele and an award-winning reputation for delivering results. He attributes his success to creativity, determination and an aggressive approach to marketing that has helped him stand out in a passive industry.

Ronn Torossian has had an incredible career. Since founding 5WPR in 2003, his company has grown from humble beginnings, beginning with him, an intern and only 3 clients in a 400-square-foot rooftop office, to becoming a powerhouse agency with over 270 employees.

Torossian has had a wide diversity of clients including corporate executives, government agencies, non-profit organizations, academic institutions, and clients in the areas of technology, crisis and entertainment. Through his hard work and extensive experience, he was named “PR Agency of the Year” by the American Business Awards on multiple occasions.

As an expert in digital marketing and public affairs, Ronn Torossian has a strategic, resourceful approach to running his firm. He has helped numerous clients achieve business success through strategic communications programs and has worked with many companies that have achieved significant results in both traditional and digital media.

A well-known publicist, Ronn Torossian has helped to develop 5WPR into a leading PR firm in the United States. He has received awards spanning from being named 2020 Entrepreneur of the Year by the Stevie American Business Awards, to an Ernst & Young Entrepreneur of the Year semi-finalist and a two-time winner of the PR Executive of the Year by the American Business Awards. He also has been named Metropolitan Magazine’s Most Influential New Yorker, a recipient of Crain’s New York 2021 Most Notable in Marketing & PR and a 2020 Top Crisis Communications Professional by Business Insider.

In addition to his work as a public relations professional, Torossian is one of America’s most prolific experts on crisis communications. He counsels top business executives, blue chip companies and entrepreneurs both in the United States and worldwide. He has helped clients solve their biggest problems by providing them with a comprehensive strategy that includes media training, crisis management and reputation management services.

As an expert on crisis communication, Torossian has lectured at Harvard Business School, and he is a frequent commentator on CNN and CNBC, where he has been interviewed about crisis communications, crisis PR and reputation management. In addition, he has been quoted in Bloomberg Business Week, The Washington Post, New York Times, and The Wall Street Journal.

Ronn Torossian is also a self-made public relations expert and author. He has authored two editions of his best-selling book, For Immediate Release: Shape Minds, Build Brands, and Deliver Results With Game-Changing Public Relations. He is also a contributing columnist for Forbes and the New York Observer.

A native New Yorker, Torossian resides in Manhattan, where he lives with his children. He is a member of the Young President’s Organization (YPO), the largest community of extraordinary leaders and game-changers. He is always driven by his belief that the world needs better leaders.

Throughout his career, Ronn Torossian has been involved in several charitable organizations around the world. He appreciates the act of giving and believes it is important to help others—to give back to the community that has helped him succeed.