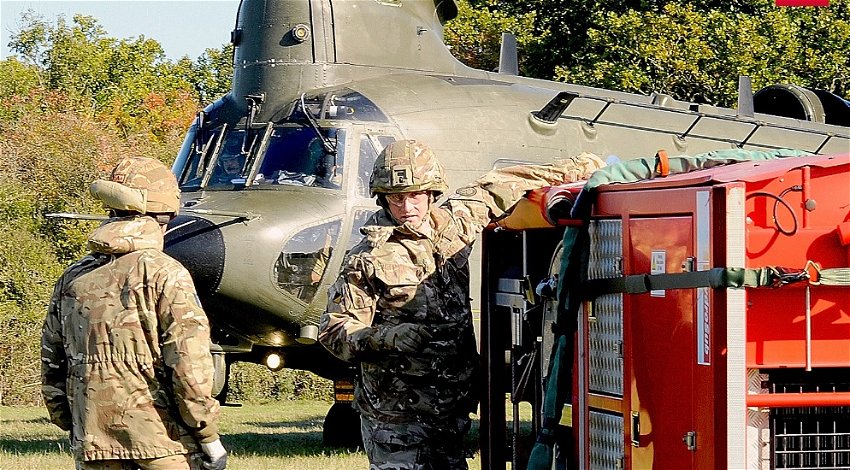 Britain’s Royal Airforce (RAF) has admitted that it provided training to counterparts in the Chinese Airforce as recently as 2019.

The admission comes in a report by Sky News on Saturday, October 29 with the Ministry of Defence saying that up to four frontline pilots took part in the “Aviation English Course” in Beijing that ran in 2016.

At least three officers were also allowed to attend basic officer training at the RAF’s college at Cranwell in Lincolnshire.

The admission by the MOD is, however, not the full story with former senior British officers saying that in the past of a number of Chinese nationals had studied at the Joint Services Command and Staff College at Shrivenham in Swindon.

That facility caters for more senior military personnel, as it does all armed forces army, navy and air force.

The source said: “The joke was that they were always on the photocopier the whole time.”

The admission comes at a time when there is increasing concern that China may invade Taiwan, as there is concern that the country is working closely with countries opposed to the West.

A spokesperson for the MoD said no “fast jet flight training, or any other sensitive training” was ever provided.

The revelation comes after the UK government acknowledged that up to 30 former British pilots were in China teaching their air force how to deal with the “threat” from the West.

It cautioned serving and former personnel against accepting offers of employment from China and other such nations. Officials have said they are planning to change the law to make that kind of activity illegal.

But the effect of such cautions is minimal when it then turns out that the department issuing the warnings, has been guilty of the same practice.

What’s more, sources have told Sky News that the private initiatives in China have been made known to the UK government since they first began. They say that neither the Royal Airforce or the UK government has never objected despite being told as recently as September this year.

One of those sources said: “So, on the one hand, the MoD is happy to provide international defence training opportunities when the political agenda suits, but now will critique individuals for similar actions.

“I am not saying that justifies such a choice [by the former pilots] but you can see that the narratives aren’t quite consistent with what MoD personnel are asked to do.

“I’m sure more than English language got talked about”

Serious questions will now be asked of ministers over the training of Chinese officers and pilots, particularly in light of recent events that has seen China’s relationship with the West shift.

Questions will be asked as to what other training the Royal Airforce and armed forces have and continue to provide to their Chinese counterparts.