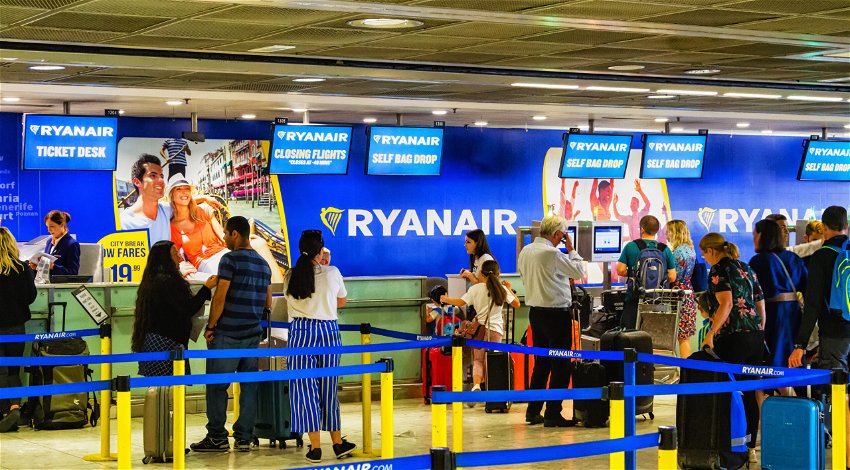 IF you are planning to jet off somewhere with Ryanair this month, the low-price airline has sent out a warning ahead of travelling.

The company has said that passengers who have booked certain dates in November may be affected by some maintenance across the company’s digital platforms.

The Irish airline’s website and app will temporarily be down for maintenance for 11 hours between 6pm on 8 November and 5am on 9 November.

This means that those who need to check-in by these days are urged to do so online before 6pm on Tuesday, November 8, or they could face paying a fee of €55 (or €30 for flights to Spain) to check-in at the airport.

Ryanair posted an update on their website, saying: “Customers who are due to fly during this 11-hour period should check in online before 18.00 on Tuesday 8 Nov.”

In the summer, it was announced that the airline’s famously cheap €1 and €10 per ticket flights will likely not be seen for a few years due to the increase in fuel prices.

Ryanair’s CEO Michael O’Leary spoke on the disappearance of cheap flights in an interview with BBC Radio 4’s Today Programme in August where he stated that flight fares will probably increase by €10 in the following five years.

Michael O’ Leary stated “There’s no doubt that at the lower end of the marketplace, our really cheap promotional fares – the €1 fares, the €0.99 fares, even the €9.99 fares – I think you will not see those fares for the next number of years.”

Despite the increase in flight fares, as well as world fuel prices affecting people’s purchasing power across the globe, O’ Leary thinks Ryanair customers will remain.

“We think people will continue to fly frequently,” he stated.

“But I think people are going to become much more price sensitive and therefore my view of life is that people will trade down in their many millions.”