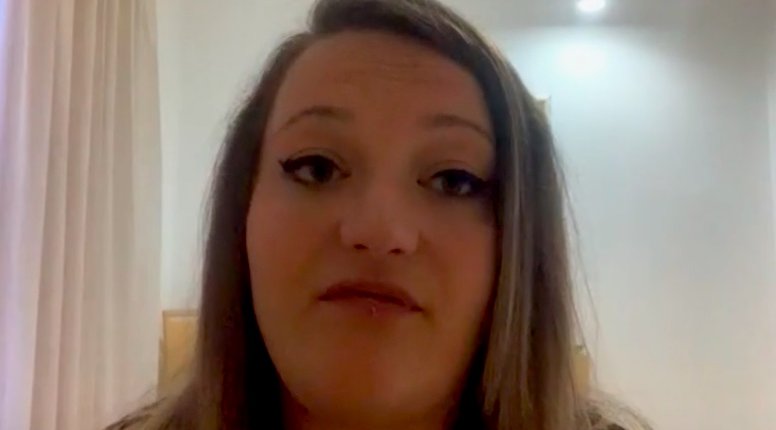 Jamielee previously spoke to the BBC about the prospect of giving birth in a Spanish jail. Credit: BBC.

A PREGNANT British woman who was jailed in Spain over a historic unpaid fine for a drunken fight has been released.

Jamielee Fielding, aged 32, did not pay the £360 fine for the altercation, which happened in Malaga in 2021, instead travelling home to Livingston, West Lothian, Scotland.

When she returned to Spain in August this year, this time to Tenerife, she was detained by police before being given a four-month sentence, reports the Daily Record.

Ms Fielding, who is eight months pregnant and previously spoke to the BBC about the prospect of giving birth in jail, spent the first six weeks of her sentence in the maximum security jail which she described as “a living hell”.

It is reported that the mum-to-be was ‘not in the right frame of mind’ shortly after her mum died unexpectedly on holiday, which led to the altercation.

Her local MP Hannah Bardell travelled to the Canary Islands two weeks ago and helped to secure her return home.

Ms Bardell said: “I travelled along with her dad, at my own cost, to support my constituent Jamielee and to ensure a smooth and safe passage home from Tenerife. It’s been a difficult and upsetting time for her since she lost her mum last year, and now I hope she can look to the future.

“Wishing her and her family all the very best and hope her baby arrives safely in the coming weeks. I’m grateful to the staff at the Foreign Office, who team and I worked closely to help ensure safe passage.

“I’m glad the Spanish authorities finally saw sense and I hope that some lessons will be learned about the fair and proper treatment of foreign nationals in Spain.”

2/ She paid a fine late but the Spanish authorities seem hell bent on keeping her locked up and forcing her to have her baby away from home. Utterly disgusting @FCDOGovUK @EmbSpainUK

Ms Fielding said that at the time of the altercation she had been collecting her mum’s body after she died in an unexplained incident on holiday.

She said she fully intended to pay the fine when she landed in Tenerife, but she was instead sent to prison.

Speaking last month, she said: “It’s been unimaginable. I can’t contemplate having my baby here in a foreign hospital.

“All I want is to be back home in a Scottish hospital with my family around me to have a safe birth and make sure she is healthy. I’m looking for a miracle because right now it doesn’t look like there’s any way I can get back.”