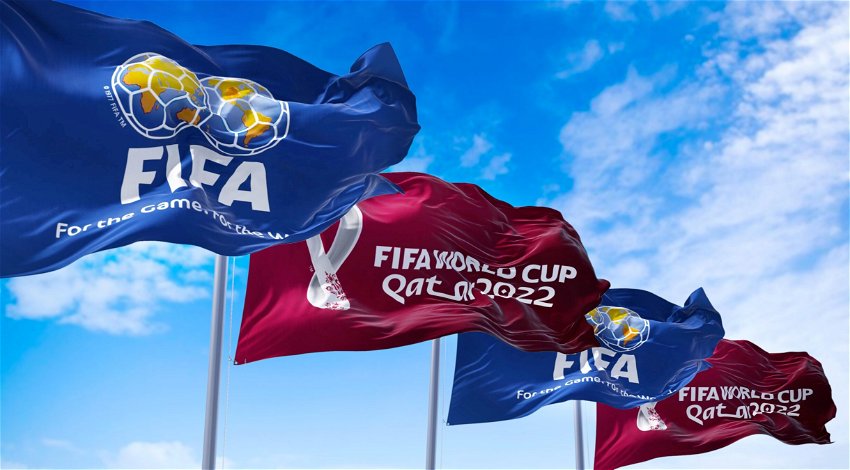 Qatari officials stopped a Danish TV station who were broadcasting live from continuing their programme whilst still on air.

The journalist involved showed his accreditation to officials on Wednesday, November 16, however, they continued trying to stop the broadcast.

Footage posted online shows Rasmus Tantholdt speaking when he and his camera crew were accosted by officials who tried to grab his camera. Unable to grab it they then tried to put their hand over the lens to block out any pictures.

Tantholdt showed them his accreditation and explained: “We are live on Danish television. Mister, you invited the whole world to come here, why can’t we film, it’s a public place.”

We now got an apology from Qatar International Media Office and from Qatar Supreme Commitee.
This is what happened when we were broadcasting live for @tv2nyhederne from a roundabout today in Doha. But will it happen to other media as well? #FIFAWorldCupQatar2022 pic.twitter.com/NSJj50kLql

Despite having the relevant permit, the Qatari officials insisted permission was needed from authorities.

The clip of the incident has resulted in condemnation from across the world, with the country having been awarded the World Cup on the basis that normal standards of behaviour and press freedom would be adhered to.

But Qatar is well known for his oppressive free speech laws, and it is clear that these officials were going to enforce them, with Tantholdt asking them at one stage whether they are trying to break their camera.

Tandtholdt has since said he has received an apology from the Qatari government with the message clearly not having filtered down to all officers. He told Norwegian news NRK: “I don’t think the message from the top in Qatar has reached all the security guards.

“Therefore, one can argue that there are some who have misunderstood the situation.”

“But at the same time, it tells a lot about what it is like in Qatar. There it is that you can be attacked and threatened when you report as a free media. This is not a free and democratic country.

“My experience after visiting 110 countries in the world is: The more you have to hide, the more difficult it is to report from there.”

They are not the first media group to experience such problems in the country with campaign group Reporters Without Borders having previously raised concerns over the restrictions being placed on journalists travelling to the country for the World Cup.

RSF Secretary-General Christophe Deloire said: “The Qatari authorities are misusing the accreditation system for journalists in order to ban them from covering certain subjects.

“By requiring that the media, when they apply for accreditation, agree to abide by a number of conditions, some of which are vague, ambiguous, and open to arbitrary interpretation, Qatar is clearly seeking to discourage, if not prevent, the foreign media from talking about anything other than football.”

Perhaps the unsavoury incident in which Qatari officials try to stop the Danish station from broadcasting, will have put the country and its regime well and truly under the spotlight and may hopefully head off more serious incidents involving fans.