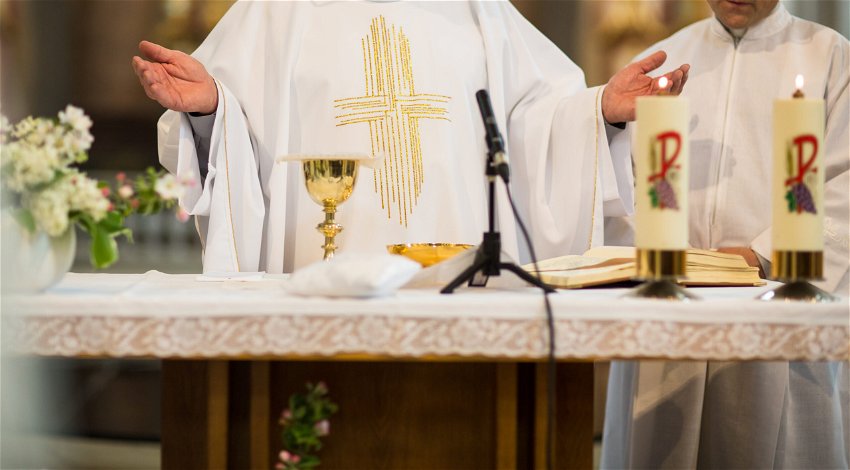 RUSSIAN soldiers have been accused of kidnapping and torturing priests in Ukraine’s occupied territory of Zaporizhzhia, as reported on Thursday, December 1.

Speaking to Ukrainian media outlet Espresso, ‘Legion of Freedom’ fighter Kostyantyn Denysov said that Ukrainian priests were being abducted and tortured in the Zaporizhzhia region of Ukraine to “reduce civil resistance.”

“Russians are constantly inventing new forms of the genocide of Ukrainians,” he told the news outlet.

“They kidnap Ukrainian priests in the occupied territories, torture them, then put a bag over their heads and deport them outside Zaporizhzhya region.”

He added that Russian soldiers were targeting Ukrainian clergymen because of their ties to the community.

He said that by expelling priests, Russians split and destroy Ukrainian communities in the occupied territories, which in their opinion, demotivates people and reduces the strength of civilian non-violent resistance.

Denysov added that Russian forces “should not be underestimated, as they are insidious, resourceful and cynical and aim only at de-Ukrainisation.”

Back in March, a Ukrainian priest was reportedly kidnapped from Ukraine’s Kherson region.

Sergey Chudinovich, a priest of the Orthodox Church of Ukraine, was reportedly kidnapped by people who identified themselves as police officers.

Vgoru, a local newspaper in Ukraine, made the claim in a report on Wednesday, March 30, in which they stated that Chudinovich, a well-known public figure and volunteer in Kherson, was abducted by three people.

“Today, at 8:30 am, unknown representatives of the “militia” kidnapped the priest of the Orthodox Church of Ukraine, Sergei Chudinovich. He was taken directly from the church, according to eyewitnesses of the incident,” the report said at the time.

“Three men searched the church, checked the documents and instant messengers of those present. However, they refused to show their documents,” the report continued.

“After that, together with Sergey Chudinovich, they got into a green DAEWOO Sens ВТ6734ВІ and drove off in an unknown direction,” the news outlet stated.

According to 24tv, Chudinovich has been travelling to the front line with humanitarian aid since the start of the invasion from Russian forces on February 24.