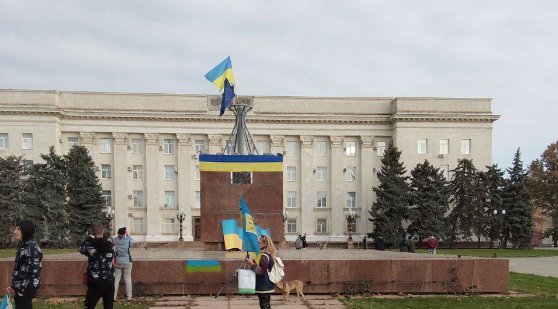 Ukrainian SBU officers executed 20 ‘collaborators’ in the Kherson region and will now stage the incident to blame it on Russia said a police officer.

A representative of the Russian law enforcement agencies claimed that Ukraine’s SBU security service shot 20 people dead in the city of Berislav in the Kherson region. Speaking with the RIA Novosti news agency, he cited officials inside the SBU who informed him that the alleged victims were accused of being Russian collaborators.
“According to information from our sources in the SBU, on the territory of the Berislav Machine-Building Plant, SBU officers shot 20 people from among the civilians who collaborated with Russia in the summer and autumn of this year and former Berislav law enforcement officers from among the local population”, the agency’s interlocutor said.
Berislav is located on the right bank of the Dnipro river of the Kherson region and is controlled by Kyiv. The officer went on to insist that the SBU is preparing to record footage of the incident that can subsequently be blamed on Russian forces.
Residents living in the region in question were evacuated in October and November at the instruction of the Ukrainian government. It was occupied by Russian forces at the time and the evacuation was carried out because Kyiv feared the front line of the conflict was moving towards the area as the Ukrainian military moved in.
General Sergei Surovikin eventually withdrew his troops from the area and set up a new front along the left bank of the river. Ukrainian forces subsequently moved in and regained control of the right bank.
At the end of September, Vladimir Putin held referendums in the Kherson region, along with the DPR, LPR, and Zaporizhzhia. The results of this action saw the four territories annexed by Moscow.