President of Help Vega Baja, Michele Masson is one of two UK Nationals in Spain named in the New Year Honours list 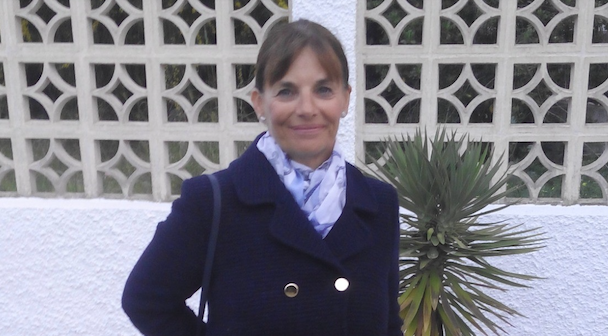 MICHELE MASSON, President of Help Vega Baja, has been awarded a British Empire Medal (BEM) for services to British Nationals in Spain in the New Year Honours List, published on Saturday, December 31, 2022.

There are more than 2,000 British Nationals living in the area covered by Help Vega Baja and for many of them the charity has been a lifeline in difficult times. Since becoming its President in 2015, Michele Masson has steered the charity through the twin challenges of Brexit and COVID, as well as the severe flooding that hit the Vega in September 2019 – providing a source of constant support to the community when they needed it most.

More recently, she has corralled the charity’s volunteers to gather supplies of food and clothes for the local Ukrainian association to distribute to the high volume of refugees arriving in Torrevieja.

HMA Hugh Elliott said: “I know that my colleagues in our Alicante consulate find it hard to imagine the south of the province without Help Vega Baja and, indeed, without Michele. Under her leadership, the charity has become one of our key partners in the region – assisting with complex consular cases and acting as our eyes and ears on the ground.

“During the pandemic, Michele worked with us on a partnership pilot project to distribute consular funding via food vouchers to vulnerable families whose income had been lost due to COVID restrictions. Michele is a wonderful example of leading by doing and I am delighted that she has been honoured for her work.”

Michele Masson said: “I am honoured to be awarded the British Empire Medal for services to British Nationals in Spain by his Majesty, King Charles III. The charity world has many challenges, but knowing at the end of each day we have made a difference makes everything we are faced with worthwhile.

“I extend my appreciation to colleagues, friends and family who support me. Thank you all.”

The two UK nationals named in the New Year Honours List are: