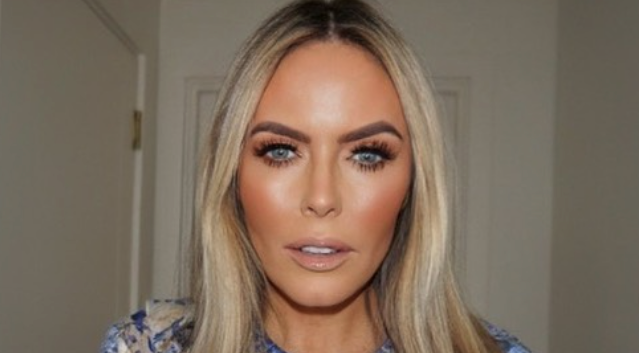 A POPULAR British actress has revealed she had to be rushed to the hospital just after Christmas after coming down with pneumonia.

Fifty-four-year-old British actress Patsy Kensit revealed that she was unable to go on a skiing holiday after she was taken to the hospital with pneumonia.

Taking to Instagram, the former star of Emmerdale and Holby City updated her fans about her health scare.

“No skiing for me as I’ve got pneumonia🥹,” she wrote.

“So spa and steam and thermals up to my eyeballs.”

In the post, the ex-wife of Oasis’ Liam Gallagher thanked the NHS for looking after her.

She wrote: “Thank you to the amazing NHS for taking care of me on the 29th of December at A&E in Southport.

“You are the true hero’s on this planet. Health is paramount.”

A number of celebs sent their well-wishes to the actress, who recently told the Sun that she was set to become a new resident on the popular British soap, EastEnders.

Last month, prior to Christmas 2022, another UK TV star was admitted to hospital with pneumonia.

Sandi Toksvig, the star of the Great British Bake Off and QI, had to cancel a series of tour dates in Australia after she was admitted to hospital suffering severe bronchial pneumonia, as reported on December 3, 2022.

A statement on the star’s Twitter page said that the tour would resume once she was well enough to travel and perform, adding: “Due to illness, Sandi has cancelled the New Zealand leg of her tour.

“She has been admitted to hospital with bronchial pneumonia while still in Australia and is unable to travel & perform.

“Our main priority is getting her home to the UK as soon as she is well enough.”