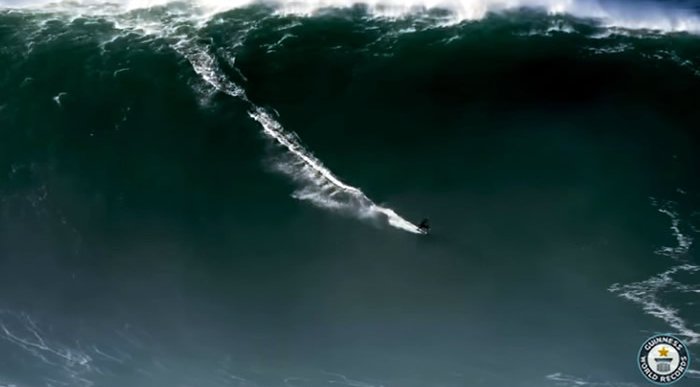 The Brazilian legend Marcio Freire was riding the famous giant waves in Nazare on the coast of Portugal when he suffered a heart attack and died.

Marcio Freire, the 47-year-old surfing legend, died yesterday, Thursday, January 5, while riding giant waves in Portugal. He was tackling the famous breakers on the Portuguese coast in the town and municipality of Nazare, located in the Oeste region.

“A 47-year-old man of Brazilian nationality died this afternoon after falling while practising surfing in Praia do Norte”, read a statement released by the National Maritime Authority (AMN).

It continued: “The rescuers found that the victim was in cardio-respiratory arrest, immediately starting resuscitation manoeuvres on the sand. After several attempts, it was not possible to reverse the situation”, as reported by Sky News.

Nazare is world famous for its monumental waves. Sebastian Steudtner, a German surfer, entered the Guinness Book of World Records after riding a wave there on October 29, 2020. The monster breaker was measured at 26,21 meters (86 feet) tall, making it officially the biggest wave ever surfed, as reported by nazarewaves.com.

Next, I’m ready to surf the twitterverse.

In 2016, Freire was immortalised in the surfing documentary titled ‘Mad Dogs’. It followed the activity of three Brazilian surfers who travelled to Hawaii in an attempt to conquer a famous massive wave known locally as ‘Jaws’.

The surfing world paid tribute to him, with the renowned photographer Fred Pompermayer posting on Instagram.

He wrote: “Today we lost a great man, a very good friend and a legendary surfer, Marcio Freire. He was such a happy spirit, always with a smile on his face. He was one of the three ‘Mad Dogs’ who started paddling at Jaws in the early days. He will be forever greatly missed. Rest in peace my friend. ❤️🙏 #marciofreire #maddogs”.