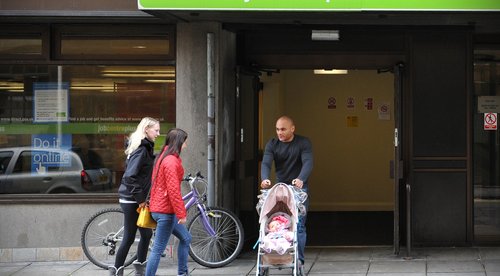 The shadow work and pensions minister has said that Labour plans to overhaul the routes to employment and get the sick and long-term unemployed back into work.

Speaking on Tuesday, January 10 Jonathan Ashworth said: “Frankly a scandal” that just one in 10 of out-of-work disabled people or older workers were receiving any support.”

He added that Labour would “target the highest employment in the G7” by tackling the systemic challenges preventing people from working.

Outlining his proposals he said:

Speaking of his own experience, Ashworth said both his parents were unemployed at once resulting in his mother working multiple jobs to help them survive.

He said: “It was crushing. I was young but I remember the haunted looks on faces in the old dole office as my dad queued with me by his side.

“Unemployment is never a price worth paying, the lesson I took from my upbringing was that employment wasn’t just about a wage but about opening doors to new horizons, aspirations and hopes for the future.”

According to Ashworth the number of people out of work due to ill health including mental issues was growing and was affecting young people as well as the over 50s.

He referred to the current system as a “bewildering spaghetti junction of a fragmented system of different nationally imposed schemes with duplication and confusion failing to achieve the promises ministers make.”

That he said, Labour wanted to get rid of as it did programmes to get people into work “regardless of the local economic needs of a community.”

If elected the policy could see the end of job centres and their replacement with recruitment and training hubs geared to local needs.

Top of Ashworth´s agenda is the need to remove the barriers that prevent the disabled and the long-term unemployed from joining the workforce. The list includes flexible work options, accessible workplaces and changes to the assessment process.

Successive governments have worked to get the sick and long-term unemployed back to work but with limited results, however, the localised approach that removes the barriers to employment is something new and untested.