BREAKING UPDATE: Port of La Bajadilla fire is under control 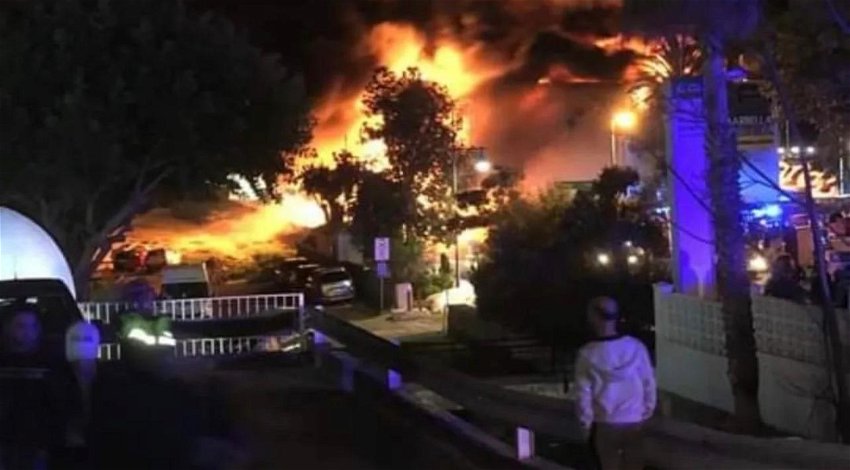 22:35 (January 11) – The Marbella City Council has confirmed that the massive fire in the marina is now under control.

Mayor Angeles Munoz is on site and has been meeting with the emergency services who continue to douse the remaining flames. Once complete and the area is safe a full search will be undertaken to ensure that there is no further danger and to make sure there were no casualties.

Forensics teams are expected to arrive on-site tomorrow to begin the slow process of understanding where and how the fire started.

22:00 (January 11) – Updated video posted online shows the extent of the blaze, which is said to have been started in a local warehouse where boats were being repaired.

The warehouse is completely destroyed according to local reports and video coverage. Viva Marbella is reporting that a dozen fire trucks are on the scene and at least 30 firemen involved in trying to put out the blaze.

They also report that the blaze has been contained in the area of the warehouse and has not spread to other parts of the marina, but that boats and jetskis in and alongside the warehouse have been destroyed.

21:25 (December 11) – Reports are coming in of a large fire in Port Deportivo in Marbella.

The fire is said to have broken out late afternoon on Wednesday, January 11 and has quickly spread to boats and buildings.

Emergency services are on the scene and are working to contain the fire with the main focus being the chemical store.

It is understood that the emergency services have managed to contain the spread of the fire, however, the area remains out of bounds with all access cut off whilst the firemen continue working to extinguish the blaze. Strong winds are said to be fanning the blaze making containment more difficult.