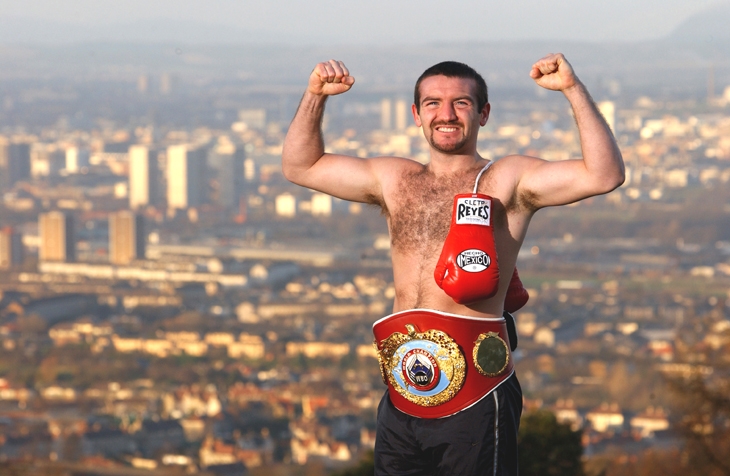 FORMER boxing World Champion Scott Harrison, 35, has been sentenced to four years in prison for attacking the owner of a brothel in Alhaurin el Grande and two clients.

The Scottish boxer, who was World Featherweight Champion between 2002 and 2005 has made his boxing comeback after years of problems with the law which included a two-and-a-half term in prison for assault. He was released in September last year.

The events for which he has now been sentenced took place in May 2007 when he got thrown out of the establishment after a fight with two other clients. He and his mates kicked and punched the two men and the owner attempted to take one of them back inside. The boxer punched him, causing him to lose a tooth and other injuries.

Harrison denied the accusations, but the court took witness testimonies into account.

Earlier this year, Harrison was arrested after a drunken rampage in a supermarket near Glasgow. He reportedly verbally abused staff and stole food with another man, as well as urinating on a window. This came just 20 days after he announced he’d stopped drinking and was planning on relaunching his boxing career with a fight due to be held in Blackpool.

Following the events, he apologised to his family, his fiancée and children.

Prior to entering prison in 2009, he had already spent five weeks at Alhaurin de la Torre Prison when he was first arrested for allegedly stealing a car, assaulting both passenger and driver, and also assaulting a Guardia Civil officer in Alhaurin el Grande in October 2006. One of the occupants of the vehicle was a pregnant woman.

He paid €28,000 bail to get out of prison in November 2006 to defend his title from Nicky Cook, however, he was found too heavy for his category and the fight was never held. His boxing license was revoked and his titles stripped in 2006 after a successful career that saw him win 25 of his 29 fights, with 14 knock outs.

In 2008 he served four months of an eight month sentence at Barlinnie Jail in Glasgow for drunk-driving and assaulting his girlfriend. He got in shape in prison and since his return to the ring has won two major fights and has another one planned next month.