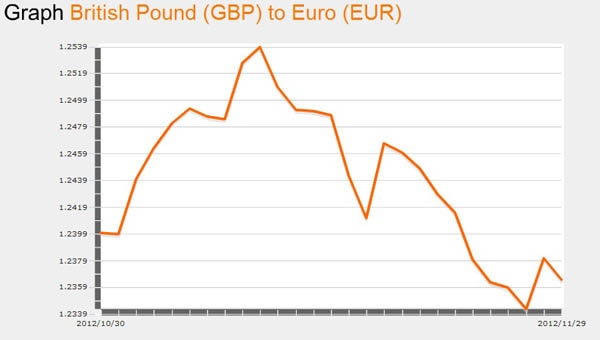 AFTER several rounds of very tense and arduous negotiations at the end of November, the IMF and EU finally reached an agreement (well… we could say compromise here!) regarding the management of the Greek debt.

The two key elements of the agreement were the increase of the term of the loans given to Greece in 2010 to 30 years as well as a 1 per cent reduction of the interest rate applicable.

On top of these revised terms, the repayment of the interest owed on loans offered by the European Financial Stability Facility (EFSF) has been pushed back by 10 years.

Finally Greece will receive the next €44 billion slice of aid it needs in the short term.  This means that the Greek debt has in effect been reduced from 144 per cent of its 2020 GDP to 124 per cent.

Whilst all these measures are a breath of fresh air for Greece, they are deemed to be far from enough by Christine Lagarde, head of the IMF.

This is a work in progress and we can expect more discussions in the coming weeks and months to make the debt more bearable and support Greece back to its feet.

Cyprus, a collateral victim of the Greek crisis, also turned to the IMF for urgent support. Finance Minister Vassos Shiarly reported that Cyprus needs close to €17 billion financial aid, which is about equivalent to its GDP! Cyprus is the fifth EU country placed under support.

This approval was a critical step conditioning the release of €37 billion financial support payment via the European Financial Stabilisation Mechanism out of €40 billion which could eventually be released to support the Spanish financial sector.

Bankia, which notoriously kicked off the financial rescue bid back in May, will receive €18 billion, whilst CatalunyaCaxia will get €9 billion, Novagalicia €5.5 billion and Banco de Valencia (which will be taken over by CaixaBank for €1) €4.5 billion.

The objective for these banks is to fully restructure their activities within five years and refocus their business on retail clients and SMEs in the regions they operate in.

Bankia has already announced a major redundancy plan with 6000 jobs or just under 30 per cent of its workforce being cut.

There is no doubt the five-year-plan to restructure and clean up the balance sheets of these banks will be painful but is there any other choice when the bad debt levels are reaching historical records (more than10 per cent in September alone)?

In the rest of Europe, mixed news keep coming out with France being downgraded from its top triple A credit rating by Moody’s and unemployment reaching record highs, whilst UK GDP figures showed a 1 per cent increase  in the third quarter this year.

Since the figures indicate an emergence from a double dip recession, the British Pound surged to levels over 1.60 against the dollar, but struggled to keep momentum. UK public finance figures showed that the government borrowed much more than expected in October, reducing the chances that the UK will hit its deficit reduction target in 2012-13.

Across the pond, the US fiscal cliff took centre stage once the elections were over. Federal Reserve Chairman, Ben Bernanke issued a warning to markets stating that the US economy faces a substantial threat unless the government finds a way to avert the fiscal cliff which is due to kick off in January.

He admitted the Central Bank lacks the tools to avert it. At the same time the US has been releasing stronger than expected data, especially in the housing market, suggesting that confidence is returning to the economy.