You do not know what you’ve lost 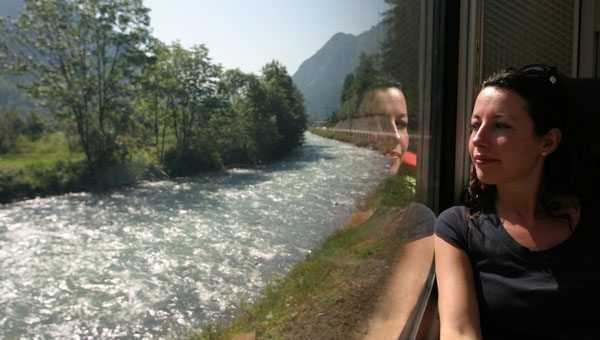 JOURNEY: Looking back on what’s gone

AS it was out of character for Nadia not to return text messages, for me, everything stopped. For hours concentration was gone.

A petite and vulnerable girl she was making her own way home across Europe; Torrevieja to Dnepropetrovsk in the Ukraine.

It was her first flight; she also faced an arduous overnight stay in Kiev airport. This would be followed by a tortuous train journey across Europe’s largest country.

In the outcome all was well; she had been sleeping on the train, which she rarely does.

We all do it; we take others for granted, including those most dear to us.

My parents were, I suppose, pretty average. Often indifferent to each other the other half was ‘wallpaper.’ My mother was particularly irritated by dad’s occasional habit of sucking his teeth.

For years after he died she declared passionately that she would cut off her right arm just to sit with him again; sucking his teeth or not.  As the song says, ‘you don’t know what you’ve got until you lose it.’

We all have friends who has lost someone dear to them; very often unexpectedly.  What doesn’t die are the memories and the ‘what if’ thoughts.  Nostalgia is a wonderful emotion when it evokes recollections of happy days spent together and experiences shared.  Wistfulness is the worst torture imaginable if the person you shared memories with can no longer do so because they are no longer here.

We read of those keeping memories alive by treasuring the simplest mementoes for years, until their own deaths.  A room as it once was, a letter, an item of clothing.

Afterwards, during the house clearing, such tributes will be regarded as worthless junk and end up in the bin with the teabags and discarded cans.  That too is a tragedy, but I suppose, an inevitable one.

When I fell out with my dad; over politics would you believe, it was the last time we saw each other.  He died suddenly 39 years ago.  I think of all the times when we could have done something trivial like share a beer, catch-up, reminisce and laugh about the poignancies of growing up.  I had much to bless him for.

Every day I would like to express my appreciation with him but when I had my chance I blew it.  I am sure our Euro Weekly News readers can relive similar thoughtful experiences.

Perhaps it is time to take a good hard look at ourselves, our attitudes towards others and our being inconsolable should Fate step in.

If Fate does intrude then all the yet to be written diary entries are deleted, are changed and they are not recoverable. Death doesn’t do returns; it is final. R.I.P. I suppose the best memorial of all is; ‘To live in the hearts of those we leave behind is not to die.’