Side effects of medicine showing up 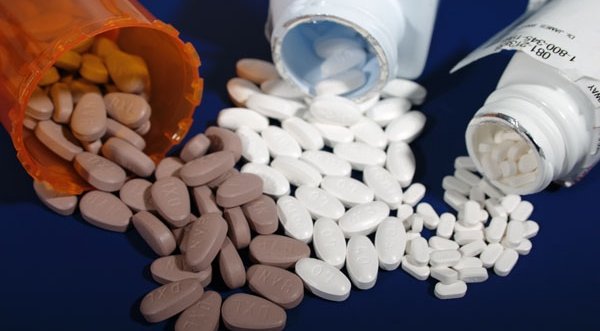 THERE was no question as to my physical fitness; a walk for an hour or two induced tiredness but not weariness.

Then the inexplicable happened.  Within a couple of hundred metres of a routine walk I experienced extremes of muscle fatigue associated with activity like climbing a steep hill.  I let it go; maybe it was the effects of last night’s wine.

I rarely drink so when a week later the same happened I was concerned.  When taking a stroll I was fine but the slightest exertion put 20 years on me.  I nearly passed out when, in Cartagena, I ran up a few steps and then had to hold a wall for support.

The crunch came when I took a two kilometre walk. The first kilometre was do-able but soon afterwards I was obliged to take 10 minutes recovery in a friend’s shop. I was frightened. If you cannot walk such a short distance without feeling nauseous, light-headed and totally fatigued you are in effect disabled.

It was one of the bleakest moments of my life.  Too proud to call a friend for a lift I set out on the last stretch. I made it through my door and collapsed.  There was one ray of hope for I had just walked the Road to Damascus.

On the last fatigued leg the vital clue revealed itself. On and off statins since 2004 symptoms of fatigue and light-headedness had occurred on earlier occasions.

Atorvastatina (statins) are commonly prescribed anti-cholesterol drugs.  Whenever I associated this drug with my ailment and stopped taking it, my fitness returned.

It wasn’t in the mind, for whenever I resumed at a doctor’s urging the side effects returned.

Without the statins I enjoyed full health often remarked on. Then, last summer, a doctor friend gave me a good dressing down.  I was told the advantages outweighed the disadvantages and pensively I resumed taking statins.

As soon as I recovered from my distress I went to Google and typed in, ‘statins side effects.’ I was vindicated and at the same time horrified.  There was encyclopaedic fully qualified disquiet about the side effects of statin drugs.

A major failing is muscle breakdown, which can, in extreme cases, be lethal.  The warning signs were muscle fibre breakdown accompanied by acute fatigue and neuropathy.  This vindication was universally supported and recognised by the US Food and Drug Administration (FDA); it described my condition perfectly.  Since I binned the statins my recovery has been self evident and acknowledged by my doctor.

There is a final irony.  The doctor who had urged me to resume later washed his hands of me.  He did so because I failed to concentrate and had repeated earlier questions. Another symptom of statins: ‘Some people experience memory loss, report an inability to concentrate as well’.

Doctors attend many courses, some of them optional.  Sadly one of these is a course in humility.