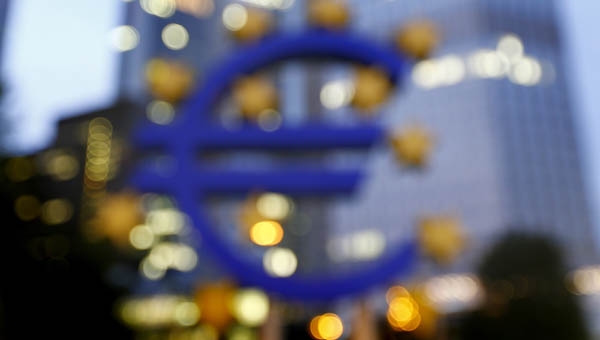 LONDON (Reuters) – The European Central Bank’s upcoming assessments of bank balance sheets should include in-depth details on their government bond holdings to be credible, one of the central bank’s top policymakers said on Tuesday.

The ECB will directly supervise 130 top euro zone lenders like Deutsche Bank, Societe Generale and Santander from October 22, 2014 and wants to make sure they are adequately capitalised before taking up the reins.

Past European Union health checks of banks have been criticised for failing thoroughly to assess holdings of sovereign debt. Some of the bonds came under huge stress at the height of the euro zone debt crisis.

“What markets and investors would like to know… is the duration of government debt that you have in portfolios, what sovereign risk is and so on,” Peter Praet, an ECB Executive Board member, told aLondon School of Economics seminar on financial regulation.

“Markets would like to know if it’s short term, how is it funded and maturity transformation,” Praet said.

“How do you treat it from a regulatory point of view? I will keep quiet on this at this time, but I think it’s important that markets are kept informed because the whole exercise is providing information for the market.”

Next month the ECB will begin sketching out how it will check the balance sheets in what it calls an asset quality review (AQR).

The core aim is to restore market confidence in the value of loans, government bonds and other holdings of banks.

Policymakers hope this will coax investors back to the sector and reduce its reliance on vast amounts of ECB liquidity. Clarity on valuations could also help restore trust among banks so they lend to one another again.

“We will provide what are the basic parameters of the exercise so that the banks can prepare for that,” Praet said.

The ECB and the European Banking Authority, a pan-EU banking watchdog, will also carry out a stress test of a much wider sample of banks than the 130 the central bank will supervise.

Praet said careful timing of the two is needed and that the central bank would have to keep a close eye on whether banks cut their lending to the economy when the process gathers momentum.

“Probably the stress test has to be integrated into the balance sheet assessment because we don’t want to come with one figure per bank… and then come later on with the stress test,” he said.

The plans the ECB will publish by mid-October will also detail how the AQR will be implemented.

Markets want to be sure the process will be free from interference by national regulators wanting to shield vulnerable lenders, as was the case in some past health checks.

Not all questions will be answered in next month’s paper, Praet said, but there should be enough for banks to start preparing to provide what could be “millions and millions” of lines of data and start thinking about how they will respond to the eventual results.

“The exercise will take some time. We have to do data validation. What the sector really needs is to have some information on the ingredients of this exercise,” he added.

The central bank is in the final stages of selecting third party consultancy firms to manage the exercise.

Analysts are keen to know how the ECB will treat souring loans but this may not be clarified next month.

The ECB hopes the exercise will help lift the low book value of Continental European banks which has fallen to 0.5 to 0.6 on average, meaning the lender is worth less than the sum of its assets. The comparable figure in the United States is around 1 or just above, Praet said.

One reason for the difference is that “nobody knows exactly what the situation is because of opaque information” in Europe, Praet said.

It is particularly a problem for Continental Europe banks whose capital market is heavily dependent on banks who generate large amounts of private, opaque information, Praet added.

“The asset quality review is aimed to reduce a little this gap of information that paralyses the market.”