Mystery of your missing friends 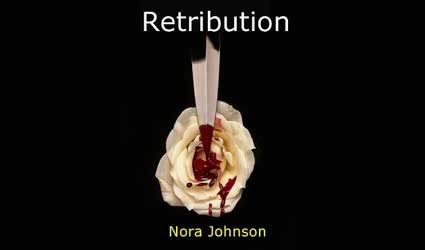 EVER wondered what happened to that childhood/teenage friend of yours? The one who suddenly wanted nothing more to do with you? Maybe you’ve since made contact at a school reunion or via Facebook or Friends Reunited? Or maybe you simply haven’t dared – scared of the reason?

My latest crime thriller, Retribution – next in the series featuring the 33-year-old journalist, Alice Myers from Soul Stealer – deals precisely with this dilemma. She can’t understand why her closest friend, Ellie, suddenly broke contact years ago. Is Alice to blame? In unravelling the mystery of Ellie’s unexpected death and the subsequent murders together with DI Neil Hunter, Alice unearths secrets and confronts truths she can hardly believe – with enough red herrings for a Spanish fishing fleet!.

I’m often asked about my novels. About how much of me and my personal experience goes into them. To give a brief but balanced answer: ‘yes and no’. Well, I did say brief! Yes, because, inevitably, those you meet do influence you. No, because the characters eventually created are composites.

As for authors who sell in the millions, do they portray themselves as they are or would like to be? Take the late Stieg Larsson (The Millennium Trilogy). His protagonist, Blomquist, is described as a good-looking, campaign magazine journalist attractive to women. Larsson was also a campaign magazine journalist. As for his looks, peep at his image on any back cover. Go figure!

The names for characters have to be handled with real care, too. Take names like Beckham, Blair or Ramsay. Give any one to a quiet, self-effacing character and all the connotations take over. And in your mind’s eye, all you’ll see is Beckham/ Blair/Ramsay as, in psychologists’ jargon, feelings of transference take over.

Which brings me on to that old chestnut: writer’s block. Here I’m reminded of (Raymond) Chandler’s Law: “When in doubt, have a man come through a door with a gun in his hand.” Good grief!

And, finally, what about the actual writing? Grammar and so on. Which reminds me. Once one of my readers graciously offered to proofread my manuscript and pinpoint any errors in punctuation, spelling and style. Of course i spel perffecttly and theres never no punktuation, erors! so her job was like, :- easy.