Austerity is not the way forward – CEPR 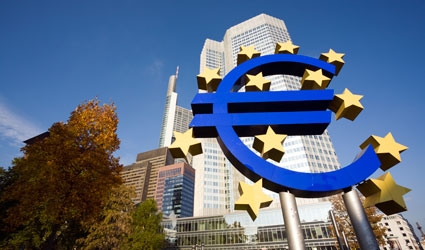 A NEW paper from the American Center for Economic and Policy Research (CEPR, no connection to the British CEPR) proposes alternatives to austerity that could restore full employment to Spain by 2018 or even sooner.

The paper : “Policy Alternatives for a Return to Full Employment in Spain” by economists David Rosnick and Mark Weisbrotdescribes how, contrary to claims by Spanish Prime Minister Mariano Rajoy that “there is no other alternative” to austerity, there are feasible policy changes that would allow Spain to increase growth and put people back to work, without increasing debt levels.

“This paper shows that Spain’s 26 per cent unemployment is an unnecessary human tragedy,” said Mark Weisbrot, Co-Director of the CEPR.  “It can be reduced dramatically with or without the co-operation of the European Central Bank.”

“The Organization for Economic Co-operation and Development (OECD)  has called for the European Central Bank to engage in quantitative easing. As our paper shows, this would make Spain’s return to full employment much easier.” Quantitative easing is the process of printing more money.

The paper models alternative options that would bring the economy to its potential GDP by 2018, with generally less debt as a share of the economy. One of these options shows what would result if the European Central Bank (ECB) were to buy some of the debt with the intent of rebating (or forgoing) interest payments, which the paper finds would lower Spain’s debt levels. As it is a money-creating central bank, there would be no true cost to the ECB.

“The European Central Bank should act as other central banks such as the US and Japan have done, and help put the unemployed back to work,” said David Rosnick, the lead author of the paper.

The paperargues that the International Monetary Fund (IMF) has ‘misdiagnosed’ the nature of Spain’s loss of output as structural rather than cyclical, leading to analysis and growth projections that suggest that Spain’s economy is not far from its potential.

In comparison to the IMF’s estimate that Spain’s economy is running 3.6 per cent short of potential, the OECD estimates the 2014 output gap to be minus 9.4 per cent.

The paper notes that if output is well below potential, this means that the economy is full of qualified workers left unemployed because business does not foresee sufficient sales to make the hiring of these workers profitable. Only increasing demand for goods and services will return the unemployed to work, and this usually means that the government itself must step up by purchasing domestic goods and hire the unemployed.

Normally a recession-hit country can boost growth by lowering the value of its currency, but since Spain shares a common currency with its main trading partners, a nominal devaluation is not possible, making government spending even more important.

“The IMF appears to have given up on the idea of many of Spain’s unemployed ever returning to work, and apparently so has the government,” said Rosnick. “But this is a costly mistake.”