What your doctor (or waiter) really thinks about you! 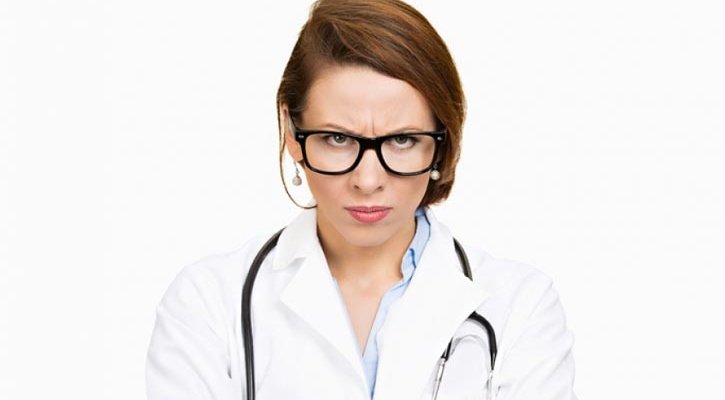 It’s no secret that institutions develop their own language in the interests of time and confidentiality. Now, we all know that restaurant staff use various terms to describe their customers, sometimes derogatory, occasionally complimentary.

So, the next time you’re in your favourite restaurant this summer, bear a thought as to how you’re maybe being described.

HAF means Had a Few while PIA is code for Pain in the ****, while a table of truly dreadful customers is DBC – Douche Bag Central. O means a plump guest while those who like to be left alone might be referred to as a doughnut (ie pay special attention to them at the beginning and end of a meal, but leave them alone while they’re eating). And should you glimpse QF in the reservation book against your name, that means you’re, err, Quite Fussy. Oops!

Doctors too have their own codes. While a GLM is a good looking mum with GLL (great looking legs) and an FLK is a funny looking kid, a TBP is a total bloody pain, a GPO is good for parts only and TEETH is Tried Everything Else, Try Homeopathy. One doctor ending up in court had to explain TTFO (Told To F*** off). Fortunately, he had the presence of mind to say: To take fluids orally. Oops again!

And the number of terms for patients considered somewhat intellectually challenged is ginormous. From LOBNH (Lights On But Nobody Home), CNS-QNS (Central Nervous System – Quantity Not Sufficient), to pumpkin positive (a penlight shone into the patient’s mouth would encounter a brain so small that the whole head would light up).

Regular visitors to A&E on Friday/Saturday nights are also classified. DBI refers to Dirt Bag Index, and multiplies the number of tattoos with the number of missing teeth to estimate the number of days since the patient last washed. UBI is an Unexplained Beer Injury, a PFO a drunken patient who’s injured himself falling over, while a PGT Got Thumped instead.

Callcentres have similar codes for their technical helplines. A particularly obvious query may be categorised as an RTFM on line 1 – code for Read The F***ing Manual. Which reminds me of a similar code used in West Country hospitals until fairly recently: NFT or Normal for Tiverton.