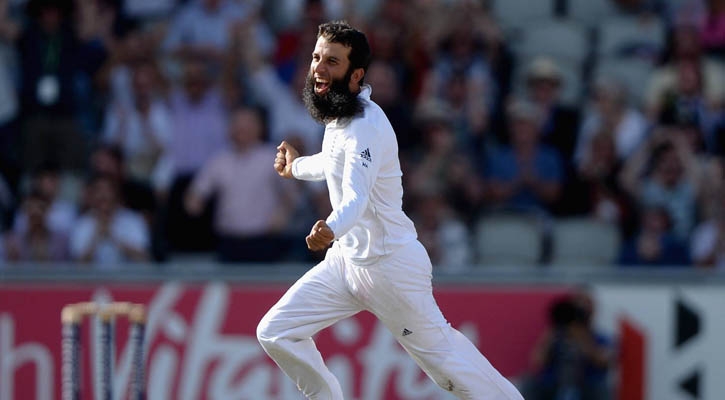 After an impressive second day for England, most people were expecting a victory but the manner in which it was completed was astounding. The final result was a win for England by an inning and 54 runs after bowling India all out twice both times for less than 200.

Having reached 367 all out with Joe Root starring with 77 accompanied by Jos Butler’s quick-fire 70, England left themselves 61 overs to damage the India batting line up before expected downpours on Sunday. The batting had been impressive for the hosts as Bell continued his fine form with a decent knock of 58 to dispel any worries of a collapse and Root took it from there with a performance that showed he can be the man England can depend on for many years to come.

Butler came to the crease and hit 10 fours in his 70 allowing England the time to plan their bowling strategy earlier than possibly expected. The only sad sight was that of Stuart Broad, the hero from the other day, who broke his nose after a delivery from Varun Aaron edged his bat and went through the gap in the helmet. Prior to the injury he hit consecutive sixes and paid the price for going for the third.

India had a task on their hands but not impossible as they looked to bat out the day and hope for rain. It began slowly but solidly with Vijay and Gambhir playing well enough. Vijay then fell to Chris Woakes lbw and Pujara came in.

All seemed fine before a second massive collapse of the Test match for the Indian team as five wickets fell in 29 balls for a measly 13 runs. First Gambhir edged a delivery from Anderson and the following ball off the next over saw Pujara fall to Moeen Ali who is hitting a rich vein of form. Ajinkya Rahane gave his wicket to Ali who even caught it himself, furthermore to compound the pain for the visitors Kohli was caught by Bell after a good ball from James Anderson.  Jadeja completed the collapse as yet again Ali struck.

Dhoni and Ashwin attempted a miracle recovery respectively getting 27 and 46 but it proved to be just a delay as soon as Dhoni fell, the last opportunity for the ‘Great Escape’ died. Chris Jordan was happy to clear up the tail and finish India with 18 overs to spare at 161 all out. The cherry on the cake for Ali being the run out of Kumar adding to his four wickets.

These past two Tests have shown a completely different side of an England team that was struggling for form and leadership, although a bit premature to say, it does seem like a turn-around has occurred and with that hopefully some much needed optimism for England cricket.