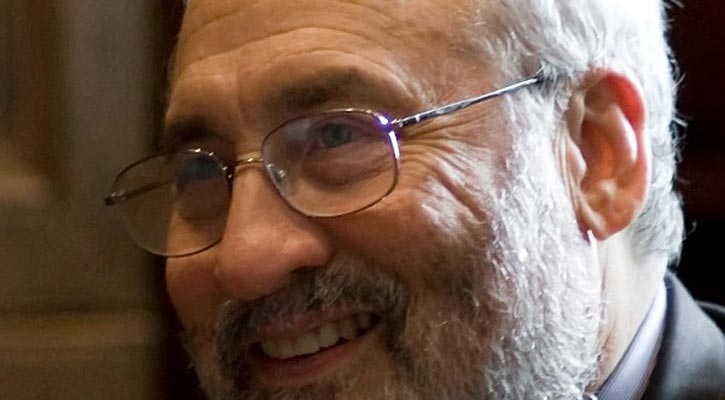 NOBEL Laureate Joseph Stiglitz, has told Bloomberg TV that the UK government’s refusal to grant a currency union with an independent Scotland is no more than a bargaining chip that will fall off the table if voters back Independence in next month’s referendum.

Stiglitz who sits on the Scottish Government’s Economic Advisory panel claims that despite the three pro-Union parties claiming they will not allow Scotland to continue to use the pound,said “it is in the interests of all parts of the UK to reach a stable transition on monetary arrangements post-independence.”

“The position of England today is obviously bargaining, trying to change the politics of the electoral process,” Stiglitz said. “Once they get independence, if that happens, then I think there would be a very different position.”

The Columbia University professor’s remarks will no doubt thrust him into the spotlight of the debate over Scotland’s future a mere four weeks before the vote that could spell the restoration of Scotland’s Independence and the end of political control of Scotland from Westminster, after more than three centuries.

“Countries can work with many different monetary arrangements,” said Stiglitz. “The concern here really is can they achieve a stable transition. I think it’s in the interests of the UK, of England and everybody else to have that kind of stable transition. And I think that can be accomplished.”

The chairman of the Scottish advisory panel that Stiglitz sits on said yesterday the proposed currency union remained the best option, though the argument had become political rather than economic. Crawford Beveridge, the former head of Scottish Enterprise told an audience in Glasgow that the UK might not behave “rationally” in negotiations following a Yes vote, the Herald newspaper reported.

“There are several viable options out there just in case the politics trumps the economics,” Beveridge said.

“The debate over Scotland illustrates how areas of the country are diverging over issues such as university tuition, which is free in Scotland and not in England,” said Stiglitz, who was attending a conference for Nobel Laureate economists in Germany.

“These are two parts of the UK moving in different directions,” he said, also citing spending priorities on such things as defence. “There’s a different set of priorities.”