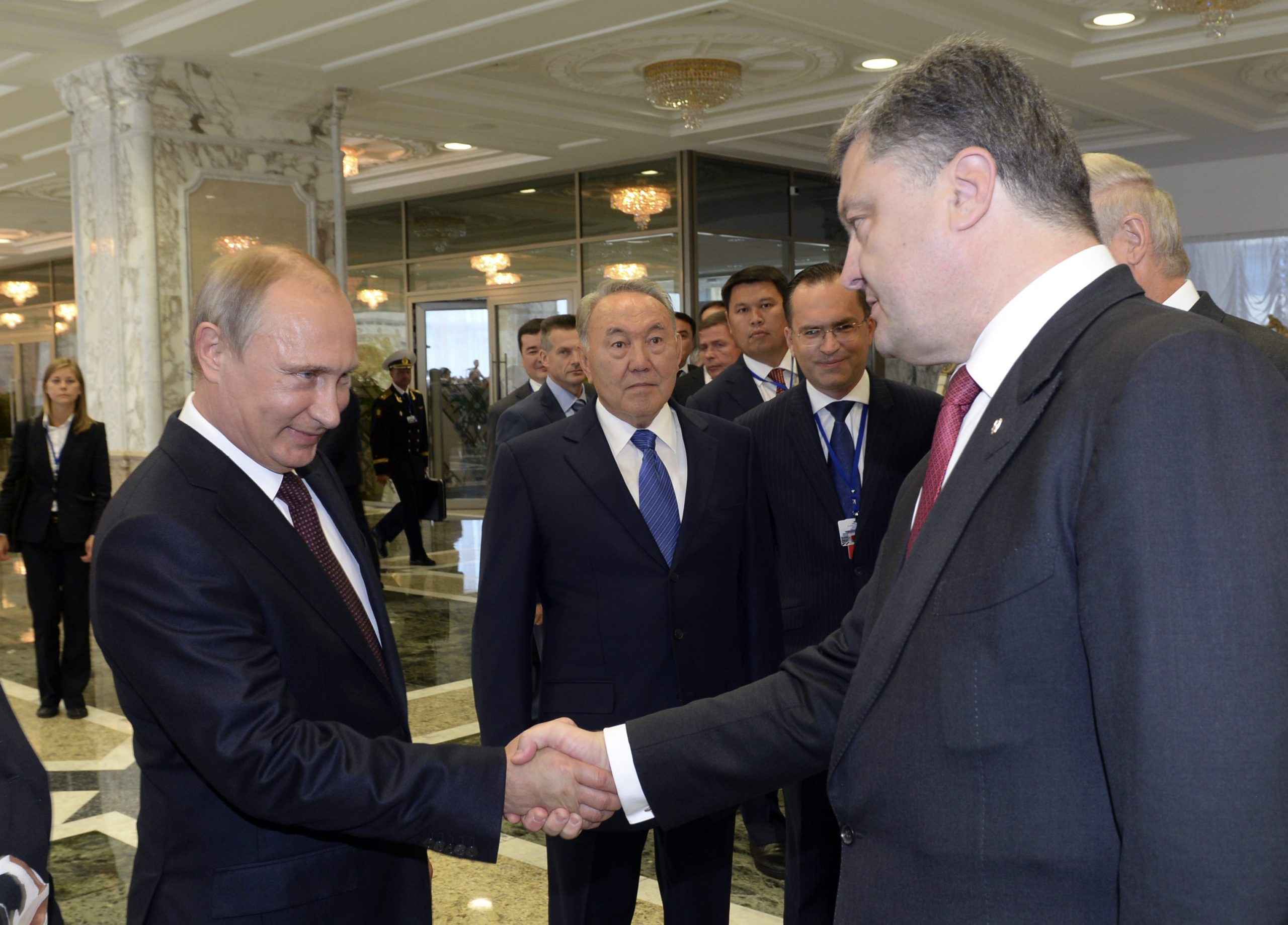 PRESIDENT VLADIMIR PUTIN and Ukraine’s President Petro Poroshenko have met in an attempt to resolve differences which are having worldwide repercussions.

Just hours after footage was released of captured Russian troops being held in Ukraine, the two premiers met in Belarus alongside other officials from the European Union. Putin is reported to have said that further conflict in the region would do nothing to solve the problems in Eastern Ukrain

The talks hold tremendous importance for the European Union, where an economy on a very shaky recovery could be plummeted back into crisis with the loss of the Russian market.

Putin’s words of peace come hours after fresh evidence of Russian military involvement in the Ukraine.

Last week, Ukraine claimed to have destroyed a Russian transport convoy which had ventured across its borders, and earlier today, footage of 10 Russian soldiers captured 30 miles from rebel-held Donetsk emerged.

Russia claims that the men crossed the border by mistake; whilst Ukraine says that the paratroopers were on a special mission. Moscow denies accusations made by Ukraine that they are attempting to stir-up the separatists in the region.

If talks fail, the consequences for Europe and its economy could be dire, according to Sir Martin Sorrell, boss of British advertising giants WPP.

WPP’s profits will suffer due to Russian sanctions placed on the US, EU and Norway earlier this month.

The Ukrainian crisis, together with the conflicts in the Middle East, is a threat to the global economy, according to Sir Sorrell.

EWN SAYS: Expats here in Spain may already be feeling the pinch but this could make things even worse. Despite a slowly regenerating Spanish economy, the large numbers of Russian buyers for Spanish products mean that Spain will be one of the countries worst affected if the two leaders don’t reach an amicable solution.

With Russians having to give up everyday luxuries, here’s hoping that countries including Spain, France and Italy (expected to be hit the hardest by the Russian veto), can depend on these politicians to put their differences aside for the good of the global community.