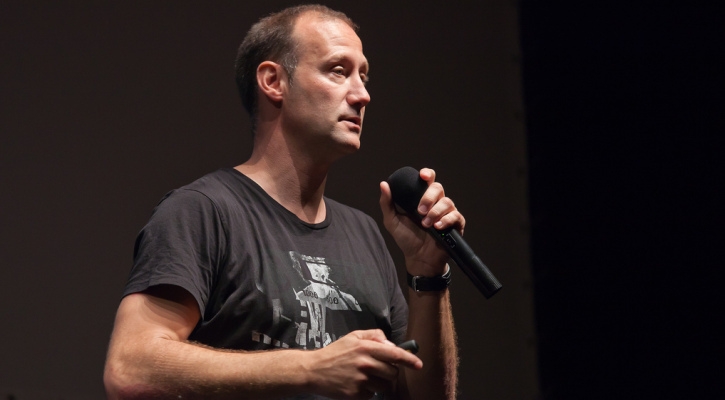 MAGALUF is back in the spotlight again after a revealing documentary aired on Spanish television this week.

Spanish viewers were able to debate the programme on Twitter using the hashtag #enlacajamagaluf, and the topic quickly began to trend.

García Aguado delved into the night to find out for himself what was on offer to the average tourist, and viewers looking for scenes of sex, alcohol and excess were not disappointed. García himself was shocked, speaking to the camera he said: “It gives me goose bumps just to think if my daughter were to go to Magaluf.

“I’m not a moralist. I myself have done things I’m not proud of, but this is just sordid. It’s not quality fun.

“There are more values in the jungle, here there are no rules. To go to Mallorca and throw yourself off a balcony and then get blind drunk.

“I’ve broken rules in my time but this is too much.”

Representatives of the town did not take this criticism lying down. According to some, Magaluf itself is not the problem. Many feel that the support provided to the big hotel chains is not offered to smaller business.

The documentary forwarded the opinion that the tourist model in the area does not benefit the local residents but only a few owners of the big hotel chains. Hotels can charge low-cost, all-inclusive prices which effectively price out smaller businesses.

This is the conclusion that García Pedro draws at the end of the documentary. He said: “When I started this programme I thought I would be reporting on sex and alcohol but it goes much deeper than that.

“Everything depends on economics, and it saddens me that money is causing so many people to suffer. I thought that this model [of tourism] benefited everyone but it only benefits a few.”

According to the programme, the current situation in Magaluf is unsustainable. Tourism is destroying the area and the citizens’ welfare has been placed behind the financial gain of a few select people.