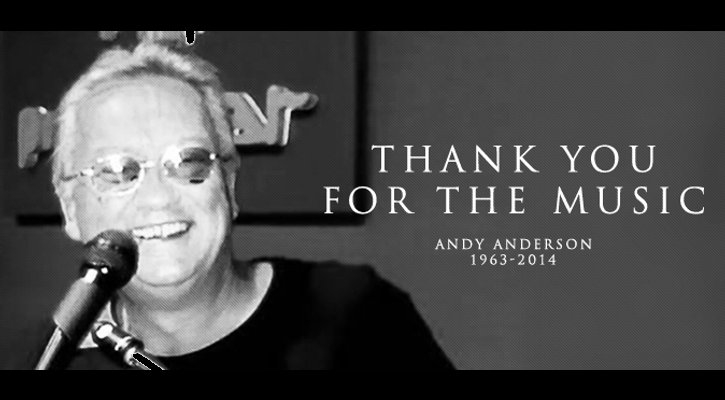 THE DEATH of Andy Anderson last week came as a massive blow to the Costa del Sol and to all the people who ever had the pleasure of meeting him.

For more than 20 years, Andy entertained the coast with his music covers, energetic jam sessions and audience banter.  He became a loved and respected performer at many of the singing venues in Puerto Banus, residing for many years behind the piano at the famous Joys Pub, where Andy effortlessly built up a plethora of devoted followers.

“Andy was on fire! Every song sounded amazing and the energy was off the charts. I’ve never seen or heard an entertainer that matches him, and he’s the friend of so many stars who join him on stage.” This was just one of the comments attributed to his incredible performances night after night.

Born in Annan, Scotland, he began his career singing with a group called The Casinos in Dumfries.  In the late 80s, he travelled to the coast and became a regular singer at the popular live music venue Duques Bar in Puerto Banus . Word quickly spread amongst locals and tourists alike, who crammed the bar most nights, fascinated by not only his incredible talent but also the amazing synergy he created with the public.

Duques changed hands in the early 90s and without another music venue to sing at, Andy left the coast and spent a period of time in Barbados.

Returning after a few years, Andy joined the infamous Mel Williams and his group The Mix at the Navy Bar in the port, where they were regular performers.

He opened his first bar on the second line of the port, aptly called Andy’s Bar.

The opportunity arose for Andy to play at Joys Pub, a long-established bar on the front line. It was here that Andy really made his mark. He quickly became the resident singer, captivating audiences night after night and inviting artists to accompany him.

He remained as the resident pianist at Joys until more opportunities arose with the opening of another live music venue called Marvelous.

After the bar’s closure, Andy returned yet again to regularly perform at Joys Pub.

In more recent times, Andy, who was suffering from a serious illness, battled on and continued to perform for ‘his public’ despite the knowledge that he had only months to live.

There will be a memorial service on Wednesday September 17 at Mustang Sally’s in Puerto Banus. The service will celebrate Andy’s life and also raise funds to help with the cost of his body’s repatriation to his hometown in Scotland.

The service starts at 6.30pm and there will be performances from a wide range of entertainers from along the coast, hoping to raise the money needed.