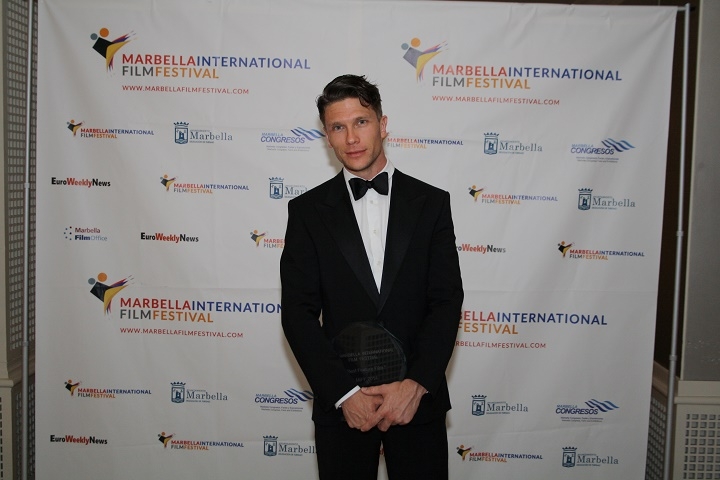 THE award winner at the Marbella Film Festival, Ben Cookson, who scooped the Best Feature Film Award has achieved the dream of a lifetime.

His first full-length feature film, Almost Married, which was selected out of thousands of films and triumphed at the prestigious five day festival, looks set to become a worldwide box office hit.

The film, which he wrote and directed, has been given a distribution deal for the whole of South America alongside TV and DVD deals for the United States and much of Europe. An agreement has also been reached for the film to be shown in the UK on one of the ITV channels in the near future.

The award winning low budget film, which took him four years to make and a lot of heartache had a small release in March at 10 UK cinemas, but it wasn’t until he won the Marbella Film Festival Award that things began to take a turn upwards.

Ben said: “It was brilliant to win and it was a real shock. We weren’t expecting to win anything.

“A few days later we got an email offering a distribution deal for the whole of Latin America and that’s with the same company that distributed The Wolf of Wall Street and The Hunger Games over there, so it’s great news.

“Now we can call ourselves an ‘award-winning’ team, it’s very good for the next films we make.”

The successful moviemaker, who was born in Market Bosworth used all the resources he could to make the full length feature movie. Many of the crew waived fees and with limited funding, he only had 18 days to shoot the film.

Ben has two more films in the pipeline, one is a romantic thriller set in Paris, which he wrote himself and the other is the true story of a heavy metal drummer who marries an illegal immigrant to help her stay in the country.

Almost Married, stars Emily Atack, best-known as Charlotte Hinchcliffe in The Inbetweeners, and Philip McGinley, who plays Anguy the Archer in Game of Thrones.

A big congratulations to a worthy winner and well done Ben for never giving up.